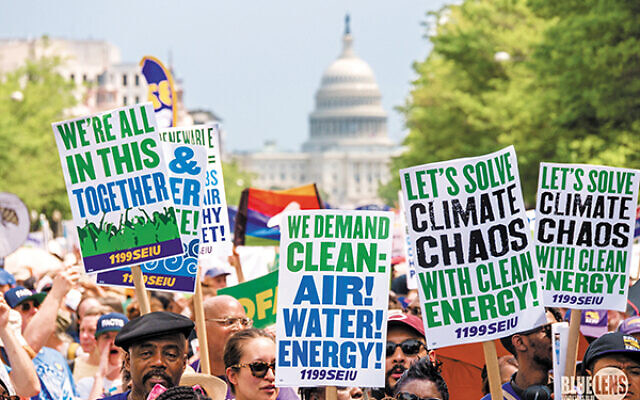 An NIF donor might choose to give grants to groups working on climate change. Photos courtesy of NIF

Donor-advised funds are the country’s most popular and fastest growing philanthropic vehicle, but until now there has not been a values-driven fund designed to serve the needs of America’s progressive Jewish community.

The New Israel Fund, with more than 40 years of experience in supporting social causes in Israel, has decided to fill that void by creating the Progressive Jewish Fund. Donors will be able to contribute money to any of the programs in Israel that the NIF supports with grants, or to any other organization — Jewish and non-Jewish, in Israel or the United States, whose core values are consistent with the NIF’s — that promotes equality, democracy and pluralism.

“Our values don’t change, even if, over time, our guidelines might,” said Daniel Sokatch, NIF’s CEO, referring to the guidelines governing the kinds of organizations NIF supports. “Those values, by the way, are the values that reflect the feelings of an overwhelming majority of American Jews when it comes to America and Israel. We won’t enable donations to organizations in Israel or in America that promote hate speech, that work to marginalize any group — be it LGBTQ people, women, people of color — and we won’t allow donations to organizations that promote anti-democratic legislation either here or in Israel, or that support the occupation or the settlement enterprise in Israel and the West Bank. That is long-standing NIF practice. … Those are causes that not only don’t reflect but are actually in opposition to our core values.”

Thus, those who open a Progressive Jewish Fund at the NIF could call and ask that $10,000 be taken from their account to be donated to the Women of the Wall, for instance, which advocates for women’s prayer at the Western Wall. And they could ask also that another $10,000 be donated to the NIF to help it support its host of civil society organizations.

“The NIF has hundreds of organizations that we support, and we also have clear funding guidelines,” Sokatch said. “They’re road-tested, they’re on our website, they’re extremely transparent — everyone knows what they are.”

In addition, he said, those opening a Progressive Jewish Fund would be able to also make contributions to non-ideological organizations like hospitals, theaters, universities and orchestras — “not the kind of organizations we make donations to, but you can.”

The new fund has been in the testing phase for the last year and was announced in late October. The minimum contribution required to open an account is $5,000. There is also an annual fee of .75 percent based on the average daily balance in the fund. No minimum balance must be maintained.

It will take up to seven days for NIF to research a new grantee that the NIF does not already support. Grants will be distributed at least twice monthly. The minimum donation is $100. There is no minimum for donations that must be distributed annually.

Those with a minimum of $10,000 in their fund will be able to choose from a number of investment options in order to grow their fund. 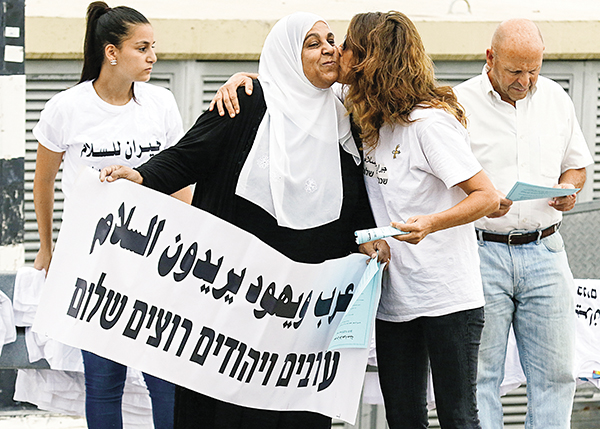 NIF’s grants go to organizations working, in part, toward a shared society between Israelis and Palestinians.

Asked what prompted the NIF to begin offering this type of account, Sokatch said the NIF recognized that donor advised accounts are the fastest growing philanthropic vehicles and that it had been approached by some people who said, “I would love if the New Israel Fund had a program like this. Instead of putting money in a Fidelity [charitable giving] account, I’d like to put it in a place where my values are reflected.”

The NIF, Sokatch pointed out, has “always been a bridge between American Jews and
Israel. … We’re the proud home base for progressive Jews and Israel.”

A spokesperson for NIF said another reason for the fund is the “arbitrary red lines that federations were placing on their donor-advised funds without explaining why.”

Just as the actions of the Trump administration with its tilt toward right-wing populism is not necessarily reflective of the majority of American Jews, Sokatch said the majority of Israeli Jews did not vote for the right-wing government of Prime Minister Benjamin Netanyahu.

The new fund, he stressed, is “not a one-size-fits-all,” but rather a “carefully curated project.”