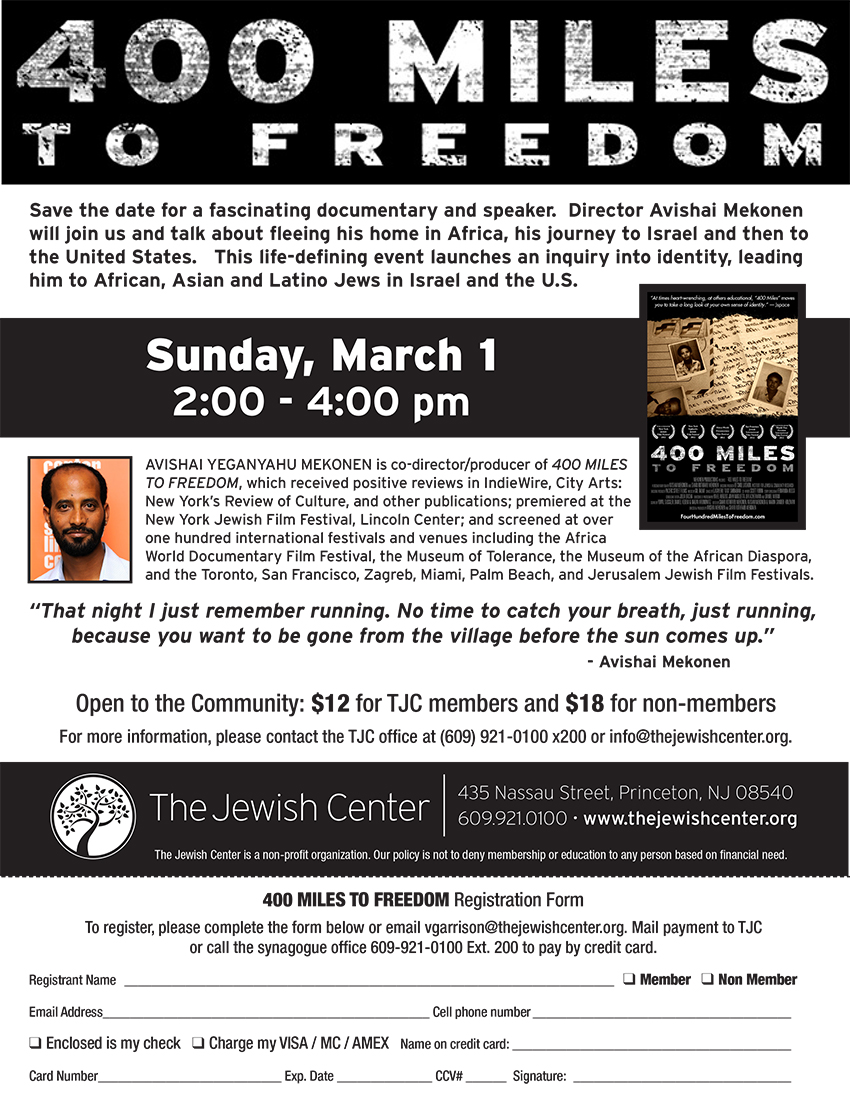 Save the date for a fascinating documentary and speaker. Director Avishai Mekonen will join us and talk about fleeing his home in Africa, his journey to Israel, and then to the United States. This life-defining event launches an inquiry into identity, leading him to African, Asian and Latino Jews in Israel and the U.S.

AVISHAI YEGANYAHU MEKONEN is co-director/producer of 400 MILES TO FREEDOM, which received positive reviews in IndieWire, City Arts: New York’s Review of Culture, and other publications; premiered at the New York Jewish Film Festival, Lincoln Center; and screened at over one hundred international festivals and venues including the Africa World Documentary Film Festival, the Museum of Tolerance, the Museum of the African Diaspora, and the Toronto, San Francisco, Zagreb, Miami, Palm Beach, and Jerusalem Jewish Film Festivals.

“That night I just remember running. No time to catch your breath, just running, because you want to be gone from the village before the sun comes up.” – Avishai Mekonen

OPEN TO THE COMMUNITY! $12 for Jewish Center members $18 for community members. For more information please contact info@thejewishcenter.org or call 609-921-0100 x200.