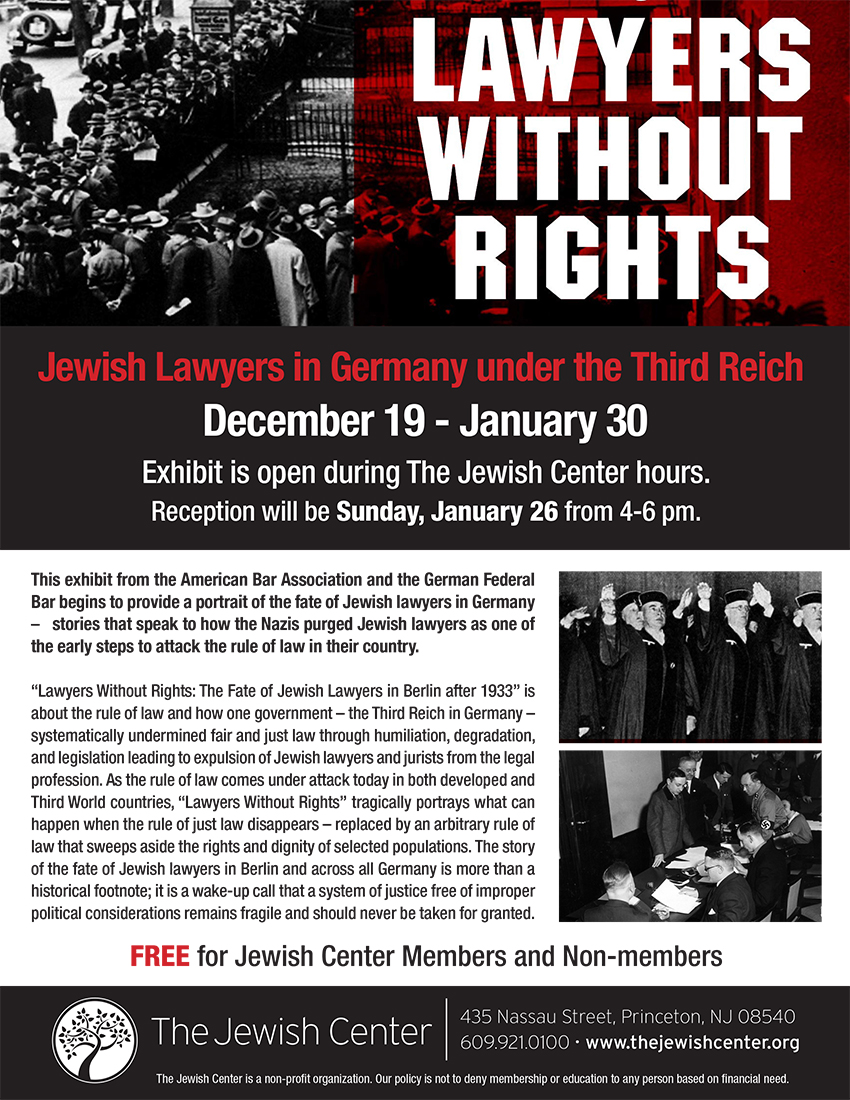 Jewish Lawyers in Germany under the Third Reich
December 19 – January 30
Exhibit is open during The Jewish Center hours. Reception will be Sunday, January 26 from 4-6 pm.

This exhibit from the American Bar Association and the German Federal Bar begins to provide a portrait of the fate of Jewish lawyers in Germany – stories that speak to how the Nazis purged Jewish lawyers as one of the early steps to attack the rule of law in their country.

“Lawyers Without Rights: The Fate of Jewish Lawyers in Berlin after 1933” is about the rule of law and how one government – the Third Reich in Germany – systematically undermined fair and just law through humiliation, degradation, and legislation leading to expulsion of Jewish lawyers and jurists from the legal profession. As the rule of law comes under attack today in both developed and Third World countries, “Lawyers Without Rights” tragically portrays what can happen when the rule of just law disappears – replaced by an arbitrary rule of law that sweeps aside the rights and dignity of selected populations. The story of the fate of Jewish lawyers in Berlin and across all Germany is more than a historical footnote; it is a wake-up call that a system of justice free of improper political considerations remains fragile and should never be taken for granted.

FREE AND OPEN TO THE COMMUNITY! For more information please contact info@thejewishcenter.org or call 609-921-0100 x200.