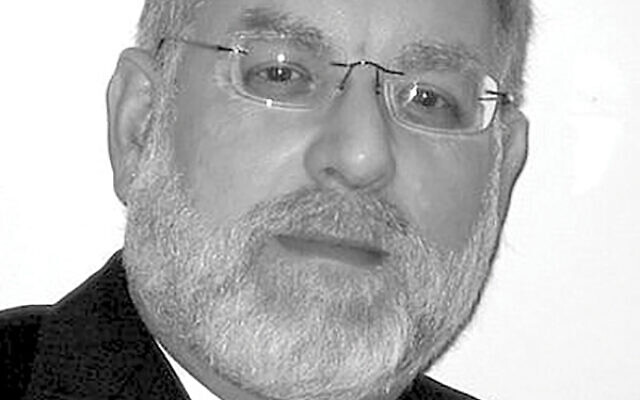 Rabbi Pesach Lerner, a delegate on the Eretz HaKodesh slate in the World Zionist Congress elections.

The American Zionist Movement (AZM), which runs the elections, ruled that a delegate on the Orthodox slate Eretz HaKodesh had violated election rules by disparaging the Reform slate.

Earlier, the Association of Reform Zionists of America (ARZA) filed a complaint with AZM saying the Orthodox slate used “vitriolic” and “denigrating” language against them, as well as “disparaging” language and “outrageous claims” to undermine the Reform movement’s platform.

The Feb. 18 complaint pointed to two articles penned by Rabbi Pesach Lerner, co-chairman and delegate of Eretz HaKodesh. In several Orthodox publications he characterized the Reform movement (and other non-Orthodox movements) as “anti-Torah” organizations that have “waged a war against Torah and mitzvos.”

The complaint also takes issue with Lerner’s implication that the Reform movement stands behind the Boycott, Divestment, and Sanctions (BDS) movement, a claim ARZA denies.

In a March 5 statement signed by Seymour D. Reich, chairman of the AZM Tribunal, the group ruled that Lerner’s comments violated the election rules, which request campaigning to remain “positive in nature” and refrain from “mudslinging” or “vitriolic or hateful language” used against competing slates.

Nevertheless, although Lerner’s comments were deemed “inconsistent with the WZO Jerusalem Program,” the governing group ruled not to “disqualify anyone or any slate because of an individual statement, which may or may not have taken place with or without authority of slate
leadership.”

However, the ruling continues, if any of the slates violate the mudslinging rules going forward, “the Tribunal will convene after the election to determine possible sanctions ex post facto.”

Reached for comment on March 9, Rabbi Lerner said the “issue was dealt with” and that he is “too busy maximizing votes to deal with any other issue.”

The Zionist elections, held every five years, decide diaspora delegates to the 500-seat World Zionist Congress. It meets in Jerusalem to allocate an estimated $1 billion for various organizations and projects in Israel and around the world. Fifteen slates are competing, representing all of the major denominations as well as coalitions of Sephardic Jews, Russian-speaking Jews, hawks, doves, and Israelis living abroad.

This year’s online voting, which ended March 11, began with a complaint by one slate, Kol Yisrael, that it had been unfairly disqualified. Kol Yisrael was able to run, but the elections have been marked by sharp words among other competing slates. Americans for Peace and Tolerance, a member of the right-wing Zionist Organization of America slate, said in a campaign email that its delegates would “defend” Israel from J Street and other left-wing groups who oppose expansion of Jewish settlements in the West Bank. J Street is part of Hatikvah, a slate of progressive groups, which has been advertising in a range of Jewish media outlets.

And despite the complaint, Eretz HaKodesh has continued to cite what it calls the Reform and other non-Orthodox movements’ threat to tradition. In a March 9 email encouraging last minute votes, its leadership cited the activities of Women of the Wall, a multidenominational group seeking rights for women who want to pray aloud, with Torah scrolls and tefillin, at the Western Wall. Eretz HaKodesh says members of Women of the Wall “disturb traditional men and women simply trying to pray at the Kotel.”

The email accuses the Reform movement of “opposing everything from mehadrin [sex-segregated] bus lines to traditional Jewish standards for marriage, divorce, burial and conversion” and advocating for “minimal” Jewish education in Israeli schools. The email ends with: “every frum [religious] person that does not vote thereby adds to [the Reform movement’s] strong showing.”

The assertive campaigning may have driven what AZM says is a marked increase in voting over the 2015 race, when 50,000 votes were cast. Three days before the end of online elections, over 100,000 votes had been counted, the greatest number of ballots cast in a WZC election since 1997. AZM also said that the candidates are more diverse than last time, with a 64 percent increase in the number of women candidates and one-third who are 35 or under.

Voting was open to most American Jews aged 18 and older.