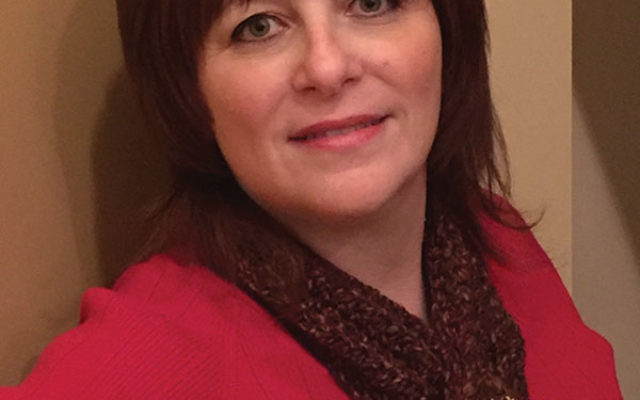 Lana Landis will receive the Eishet Chayil award for her decades of participation in Chabad of Western Monmouth County.

Prior to her arrival in the United States, Lana Landis had little knowledge and appreciation of her Jewish heritage. “In the part of the Soviet Union where we lived, religion was looked at as old fashioned,” she recalled. “Although my grandparents spoke Yiddish, the younger generation was embarrassed to be associated with the Jewish language and Jewish traditions.”

There was one aunt, however, — her father’s older sister — who attended Rosh HaShanah and Yom Kippur services at the only temple in Baku, a city with more than one million people. “She also observed other holidays in her home and we were invited,” said Landis.

Still, it was not until the young girl started going to Chabad’s Gan Israel Day Camp in Morristown that she developed a love for Judaism. “I also attended a yeshiva for a year-and-a-half thanks to the help of the Jewish federation, which put me on the road back to my roots,” she said.

This is a tale of two women, Landis and Sarri Singer, who will share the spotlight at the 30th annual Jewish Women’s Day program on Sunday, Feb. 12, at Freehold Jewish Center. The theme of this year’s event is “Adversity to Triumph.”

Landis, a Freehold resident, is the guest of honor at the program sponsored by Chabad of Western Monmouth County (WMC). She will receive the Eishet Chayil (Woman of Valor) award for volunteering and participating in numerous Chabad programs stretching back more than three decades to when she was a 9-year-old immigrant from Azerbaijan, a former republic of the Soviet Union.

Landis was a camper at Gan Israel until she was too old, and then became a counselor. Her three children attended Hebrew school and the Gan Israel Day Camp at the Chabad WMC in Manalapan. Shannon, 22, is a senior at Hunter College, Andrew, 18, is a senior at Freehold Township High School, and Julia, 14, will soon graduate from Eisenhower Middle School in Freehold.

Ever since moving to Monmouth County from Edison more than 20 years ago, Landis and her husband, Doug, have been vigorous supporters of the local Chabad. She worked at the camp when her kids attended, and the entire family participates in the annual Friendship Circle’s Walk 4 Friends.

Sarri Singer, guest speaker at the Women’s Day event, was born in Lakewood and is the daughter of Judie Singer and State Sen. Robert Singer. Until 9/11, she worked two blocks from the World Trade Center. Deeply affected by the tragedy, in December of 2001 she moved to Israel to help victims of terror, coordinating bone marrow drives for Gift of Life and volunteering with organizations that aided victims.

On June 11, 2003, Singer was on Bus 14 in Jerusalem when an 18-year-old Palestinian terrorist dressed as a religious Jew boarded and blew himself up. Sixteen people were killed, including all those seated and standing around her, and more than 100 people, including Singer, were injured.

She was hospitalized and came home to New Jersey, but in September of the same year she went back to work in Israel. Singer returned to the United States the following year to address medical issues related to the attack. Singer is the founder and director of Strength to Strength, a Manhattan-based organization that focuses on bringing together victims of terrorism from around the world and assisting with their long-term psychological needs.

Because she was a victim herself, Singer is able to impact listeners with deeply personal insights and recommendations.

The Jewish Women’s Day event, which includes a sit-down lunch, will honor the memory of Rebbetzin Chaya Mushka Schneerson, the wife of the late Lubavitcher Rebbe, Menachem Mendel Schneerson.