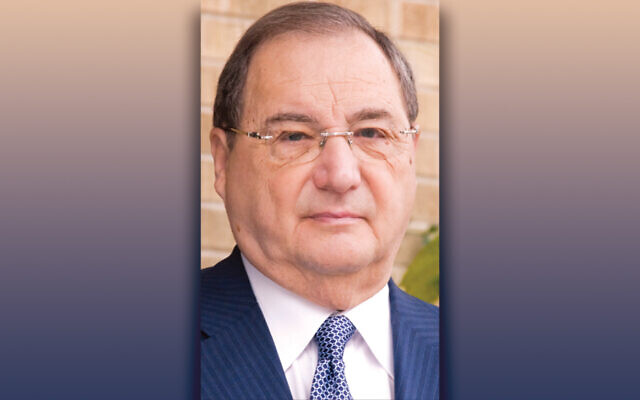 May is Jewish American Heritage Month, and the annual congressional tribute marking the month will honor Abe Foxman of Bergen County on Friday, May 21.

The National Museum of American Jewish History will host the online tribute, which will feature a roster of politicians, office-holders, diplomats, and other leaders, both Jewish and non-Jewish. It’s set for Friday, May 21, at noon; you can watch it on the museum’s website, at www.nmajh.org/jewish-american-heritage-month and on its Facebook page, at www.facebook.com/NMAJH. (It’s easy to Google these links.)

This year’s Jewish American Heritage Month’s theme is about taking care of one another and supporting communities other than our own. It is inspired by the sage Hillel’s quote: If I am only for myself, what am I? And if not now, when? in the context of what we have experienced as a nation this past year during the pandemic and in rightfully increasing conversations racial injustice.

Mr. Foxman, who survived the Holocaust as a child in Poland with the help of his nanny, and then found his parents after the war, is the retired director of the Anti-Defamation League. He is an authoritative voice on the subject of anti-Semitism and he is in a unique position to deliver a message to the American people via a Congressional venue as America grapples with horrific anti-Semitic incidents that thus far have been unprecedented in American history.

It is a widely acknowledged that Abe Foxman personifies and follows the path of Jews who helped shape the United States into the great country it is today. It has always been the Jewish American Heritage Month celebration series’ mission and goal to recognize exemplary American Jews who embody patriotism, coupled with timeless Jewish values that have allowed the Jewish community to thrive in these United States.

The annual celebration first began in 1980 as a week in April dedicated to American Jewry, and in 2006 President George W. Bush, at the request of Congress, named May as Jewish American Heritage Month.

President Joe Biden said: “The Jewish American experience is a story of faith, fortitude, and progress. It is a quintessential American experience — one that is connected to key tenets of American identity, including our Nation’s commitment to freedom of religion and conscience. This month, we honor Jewish Americans — past and present — who have inextricably woven their experience and their accomplishments into the fabric of our national identity.”