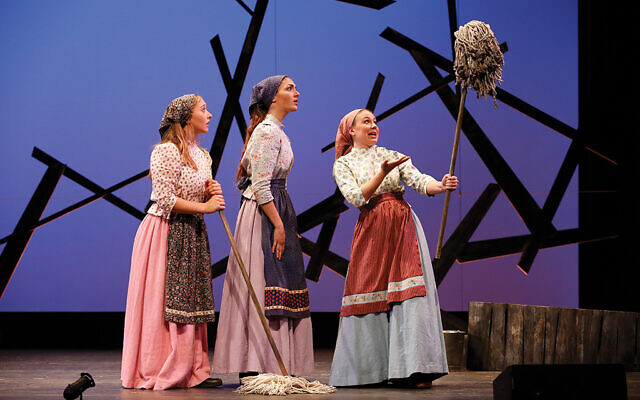 New York — Following the sold-out success of its Yiddish production of “Fiddler on the Roof,” the Folksbinderdundat Theater announced that a new production of the hit musical will be performed in Pig Latin.

“‘Fiddler’ will have a special sentimental appeal in Pig Latin,” explained the company’s artistic director, Smokked Salmon. “After all, it’s the language the characters would have spoken had they been 12 years old and attending summer camp.”

The cast has yet to be announced.

“We’re hoping to get major stars to play Ev-yatay and Oldiegay,” Salmon said. “And we’re looking for a top-notch ensemble that can handle beautiful songs like ‘Unrisesay, Unsetsay.’”

Salmon is also excited about a new Morse code version of “Fiddler.”