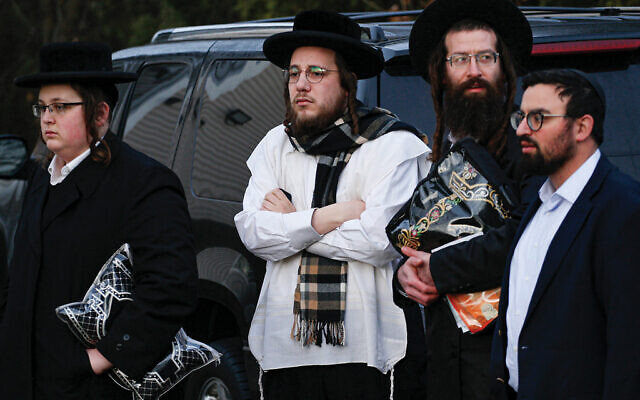 When Shoshana Bernstein, a 49-year-old resident of Monsey, N.Y., and mother of five, first heard that a man with a machete had stormed the house of her local rabbi on Saturday night, she quickly phoned two of her children who were out visiting friends and instructed them “not to come home.”

“It’s not safe here,” she recalled telling her two daughters.

Bernstein lives a block away from the Monsey home where an intruder, later identified by federal prosecutors as 38-year-old Grafton Thomas, burst into the home of Rabbi Chaim Rottenberg late Saturday. Thomas brandished a large knife and yelled “I’ll get you,” officials and witnesses say.

Members of the synagogue next door, where Rottenberg serves as the rabbi, were gathered to celebrate the seventh night of Chanukah when the violence erupted. Five chasidic Jews were wounded, including an elderly man who remains in critical condition.

As details continue to emerge about the perpetrator’s motive and background, federal prosecutors filed hate crime charges on Monday against Thomas, a resident of Greenwood Lake, N.Y., about 20 miles away from Monsey. The complaint noted that Thomas had conducted online searches about Hitler’s motives for hating Jews, “Zionist Temples,” and “German Jewish Temples near me” in recent weeks.

Thomas’ family and attorney maintain that he has long suffered from mental illness, according to reports.

On Monday, New York Sen. Kirsten Gillibrand traveled to Monsey, home to a large community of charedi Jews, to meet with residents about the attack and to discuss beefing up security at Jewish institutions going forward.

Earlier this month, Gillibrand and New York Sen. Charles Schumer announced that nonprofits are set to receive $90 million in federal funding through the Nonprofit Security Grant Program, which provides funding to improve security at institutions at-risk for targeted terror attacks. The new budget, an agreement reached as part of the larger bipartisan budget deal, represents a $30 million increase from last year’s $60 million allocation. 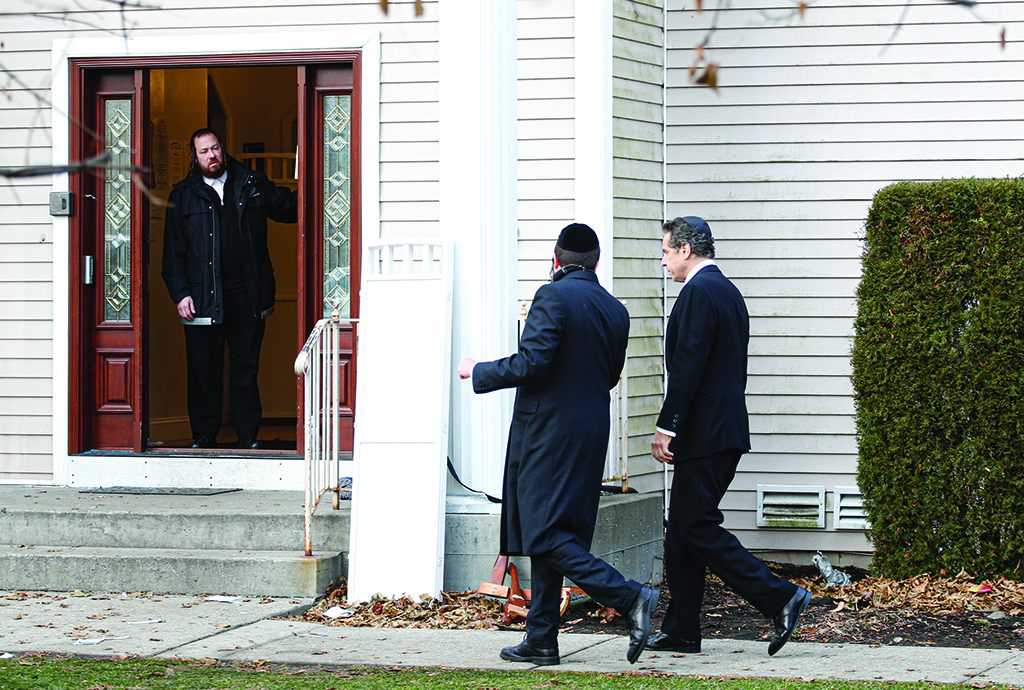 Bernstein, who attended the meeting, said although she was “heartened” by Gillibrand’s presence and talk of the expanded security grants, she is left with deep concerns about the immediate future.

“What about tomorrow, when [my] son goes back to school? Will it be safe for him to walk home from the bus stop alone?” she said. She also voiced the concern, echoed by security experts in the Jewish community, that the cost for security at Jewish institutions continues to outpace the record-setting security allocations.

Gavriel Herzig, a resident of Monsey for 14 years, said that “a lot of shuls in the neighborhood have been re-evaluating security” with or without federal-grant assistance over the last several months. Herzig, who lives a block away from Rottenberg’s synagogue, said the nearby synagogue he frequents hired an off-duty police officer to monitor the entrance on Shabbat and holidays. The synagogue is considering increasing the officer’s presence to routine weekday services. The synagogue, which used to have “an open door,” now has a “coded entry.”

Herzig also said there is “a lot of conversation” among congregants about how to attain a gun permit. (A Dec. 30 article in the Orthodox newspaper The Jewish Press was titled, “Experts Suggest 6 Firearms That Will Fit in Your Tallit Bag.”) On Sunday, a gunman who killed two people in a church in Texas was fatally shot by an armed member of the congregation’s volunteer security patrol.

“The change in [people’s] attitude has been slow, but apparent,” said Herzig, who said he has seen “nothing like this” in his years in Rockland County, referring to the increasing fear and vigilance among Jewish denizens.

“Monsey was a place where we used to keep our doors unlocked,” said Sarah Loewenthal, 27, a nurse and mother of two who grew up in the hamlet. On Saturday night, she was visiting her parents for a family Chanukah party when her phone started to erupt with What’sApp messages about a knife attack at a local rabbi’s home. “I ran around the house locking all of the doors,” she recalled. “This is not the Monsey I remember. Growing up here, surrounded by community, we felt so safe.”

The Monsey incident came less than three weeks after the attack at the JC Kosher Market in Jersey City, during which two assailants fatally shot two Jews, a police officer, and a clerk at the store. And the assault on Rottenberg’s home follows a week of anti-Semitic attacks, in which 10 Jewish citizens, including those stabbed in Monsey, were injured in the New York-New Jersey area, according to the Anti-Defamation League.

Bernstein, reflecting on her decision to move to Monsey three decades ago, remembered the town as “bucolic, calm, quiet.” Even then, she recalled, there was some discomfort among residents about the new, identifiably different Jewish neighbors. “Some were not accepting of Jews, but nothing was in the open,” she said.

Over the last 10 years, that once “quiet note” of anti-Semitism has hit “earthquake proportions.”

“Somehow, it has become a winning theme in local political campaigns to present the growing Jewish community as a threat to other citizens,” she said, referring specifically to a campaign video circulated in August 2019 by the Rockland County Republican Party that featured menacing music and the slogan “If They Win, We Lose,” referring to the Orthodox community.

“We know from history that it’s only a matter of time before anti-Semitic rhetoric and hate turns into violence,” Bernstein said.