A conspiracy theory poster which appears in the documentary “Viral: Anti-Semitism in Four Mutations” airing next week on PBS. Photos from pbs.org

Some Australian racists like to compare the coronavirus to the Jews: an alien enemy that needs to be eradicated.

Others, according to Moshe Kantor, president of the European Jewish Congress, claim that Jews “as individuals and as a collective are behind the spread of the virus or are directly profiting from it.”

How we got here is explored in filmmaker Andrew Goldberg’s 90-minute documentary, “Viral: Anti-Semitism in Four Mutations,” premiering on PBS May 26 at 9 p.m.

The documentary, which got its title well before the Covid-19 crisis, explores the ways anti-Semitism, like a virus, “mutates and evolves across cultures, borders and ideologies, making it all but impossible to stop.”

Goldberg and his camera crew visited areas of the United States and France where horrific anti-Semitic attacks have occurred in recent years, and he speaks with victims and even the relative of one of the perpetrators. He explores the accusations of anti-Semitism by Hungarian Prime Minister Viktor Orban, who uses Jewish billionaire George Soros as a scapegoat for his country’s ills, and of former British Labour Party leader Jeremy Corbyn and his party. 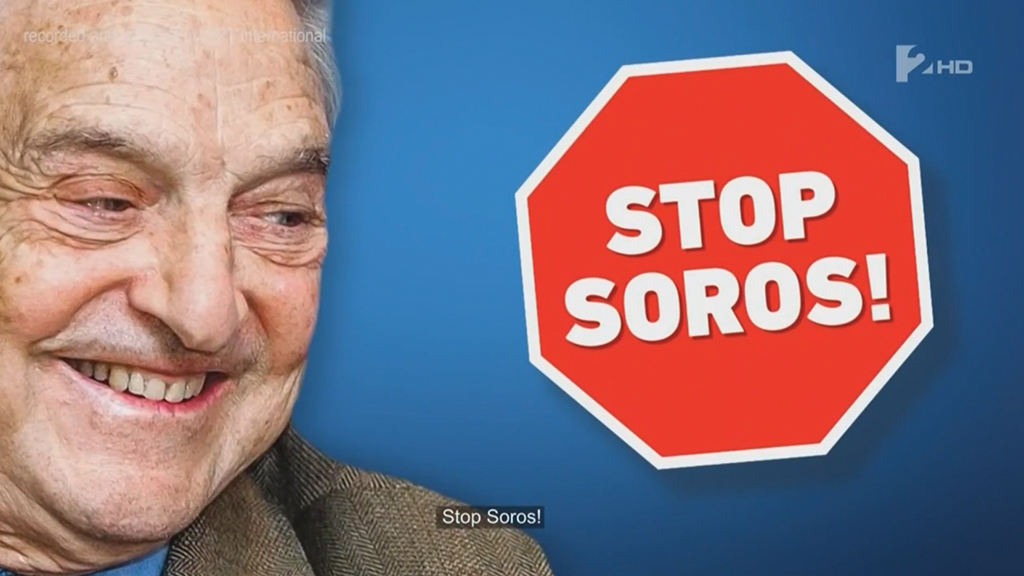 “I did it because anti-Semitism was getting worse, and it took off after the [2016 U.S. presidential] election,” he told NJJN.

Asked if he believes President Donald Trump has exacerbated anti-Semitism in this country, Goldberg replied: “He’s been accused of encouraging it and of doing some questionable things and making questionable comments.… I think it is dangerous to blame Trump for too much. You can only play to those ideas when they are there to begin with.”

He pointed out that the “Jews were blamed for the Black Plague and for whatever bad befalls society. Hitler blamed Jews for the problems of Germany.”

In the film, apparently in all sincerity, Russ Walker, a Republican candidate for the State House in North Carolina, tells Goldberg: “The Jew was created to destroy the white Christian nations.”

Goldberg said he found Walker to be a “very nice guy, but he has a perverse worldview. He later commented to someone else that he figured I was Jewish but he really liked me. He hates Jews, but he liked me. He said to me he does not like black people, but he also has a friend he calls his ‘colored friend.’”

The victims are also heard in the film. Rabbi Jeffrey Myers of the Tree of Life Or L’Simcha Congregation in Pittsburgh offered his thoughts about the shooting at his synagogue that killed 11 congregants in October 2018: “I think it was inevitable that something like this was going to happen in a synagogue,” he says. “And at the same time, I came to the realization that for all these years I as a Jew felt comfortable living in the United States, knowing that at least from my perspective there has been a Jewish golden age. Once again the stark reality — that to many we are still other and we will always be other and never be welcomed here.” 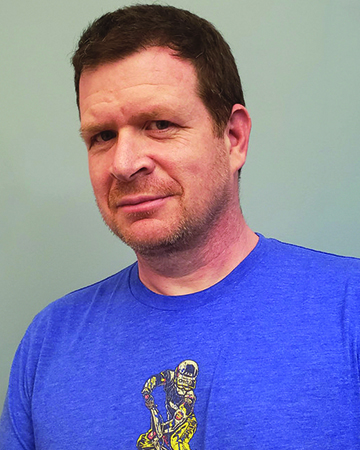 Discussing Myers’ lament, Goldberg, 51, of Manhattan, observed that “in many places Jews have lived they have on countless occasions been compelled to leave … Here in the U.S., people said America was the promised land, not Israel. And they said the true home for the Jews is the Upper West Side — why would you want to live in Israel with all its troubles? Now, that is becoming increasingly problematic — living as a Jew in America. The virus is being blamed on the Jews and once again Jews have to ask themselves, ‘Is this place really safe for me?’”

The documentary includes an interview with one of the employees of a kosher supermarket in Paris, Jean-Luc Slakmon, who re-enacted what happened in 2015 when a 32-year-old terrorist held him and 14 others hostage, finally killing four of them before being gunned down by police.

“His eyes were shining, like they were popping out,” Slakmon recalled. “He said, ‘Are you all Jews?’ And I said, ‘Yes, we are all Jewish.’”

Goldberg’s interview with Valerie Braham, whose husband, Philippe, was one of the victims, was, he said, one of his most difficult because she recounted the moment she learned of his death and then broke down crying.

“It was all very unsettling,” he said. “You have to create emotional distance or lose the vantage point you need to be as fair to the story as possible.”

Goldberg said he was “pretty shocked” to see so many posters in Hungary vilifying Soros.

“I didn’t realize it would be as extreme as it was,” he said. “The Jewish boogeyman is a long part of European history. It is like a side street that runs parallel to European history. Coronavirus hits Europe and no doubt there are those in Europe who believe Jews did it.” (The documentary does not, however, discuss Israeli Prime Minister Benjamin Netanyahu’s own criticism of Soros, who has championed liberal causes and is a frequent critic of Netanyahu’s government.)

Anti-Semitism on the left is explored in the section of Britain’s Labour Party, whose members, Goldberg said, use “overtly anti-Semitic language and imagery.” Although Corbyn and his defenders deny the party is anti-Semitic, “it has not pursued accusations of anti-Semitism within its ranks … and Corbyn’s leadership has a long history of criticism of Israel that is disproportionate.”

In the film a perceptive Tony Blair, the former British prime minister, says it is “difficult sometimes to disentangle the old form of anti-Semitism, which was the classic hatred of the Jewish people — banning them from the golf clubs and the Jewish conspiracy around finance — and this new form that focuses especially on the State of Israel. But at a certain level they run into each other. And what to me is very striking about this new form of anti-Semitism is how it very quickly leads to the old form as well.”