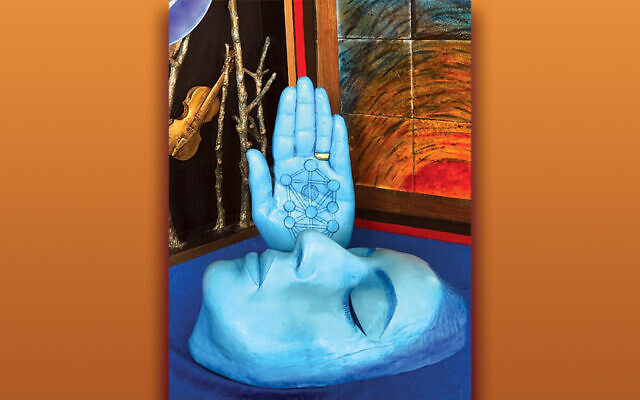 “Sephiroth Moonlight Rhapsody,” 2019, on display at ANU — Museum of the Jewish People.

Kabbalah-inspired works by Siona Benjamin, an Jewish Indian-American artist based in Montclair, are on view at the re-imagined ANU — Museum of the Jewish People in Tel Aviv.

The museum recently opened a $100 million expansion focusing on the diversity of Jewish culture and the accomplishments of the Jewish people across the generations. The renewed museum showcases hundreds of unique artifacts and artworks that tell the Jewish story, including several recent and newly commissioned pieces from artists all over the world. Ms. Benjamin, a Bombay-born painter whose art combines Jewish, Indian, and American elements, is inspired by her Indian background and a focus on the mystical practice of kabbalah. Much of her work reflects this multicultural background — growing up Jewish in India and living in the United States today. Ms. Benjamin was the focus of an October 21 cover story that ran in the Jewish Standard and the New Jersey Jewish News.