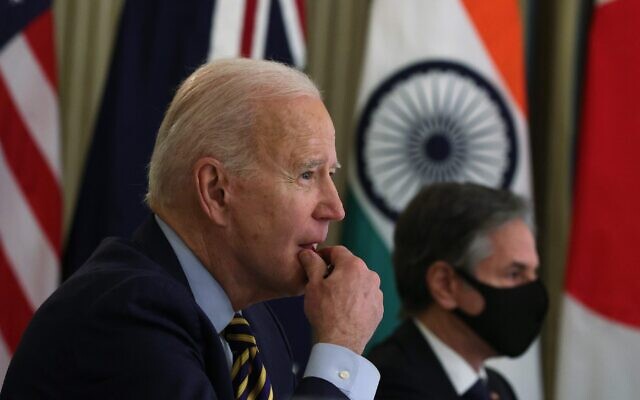 U.S. voters were split about evenly on whether President Joe Biden’s backing of Israel was on target during the recent Israel-Gaza conflict or whether he could have done more for the country.

The poll published Tuesday by Vox, a liberal online magazine, found that 34% of voters believed that Biden was “not supportive enough of Israel” during the recent conflict and 32% thought Biden “had taken the right approach towards Israel,” an even split within the survey’s 3 percentage points margin of error.

Just 15% thought that Biden was “too supportive of Israel.”

Biden during the May 10-21 conflict backed Israel’s right to defend itself against rockets fired by Hamas and refused to countenance calls from a number of lawmakers on the left-wing of the Democratic Party to leverage assistance to get Israel to agree to a cease-fire. In the last days of the conflict, Biden called on Israel to wind down operations, which Israel did.

The poll carried out by Data for Progress reached 1,319 likely voters in the last days of the conflict, May 19-21. The poll showed greater support for Israel among Republicans than Democrats, but did not report the number of respondents in subsamples or give a margin of error for them.