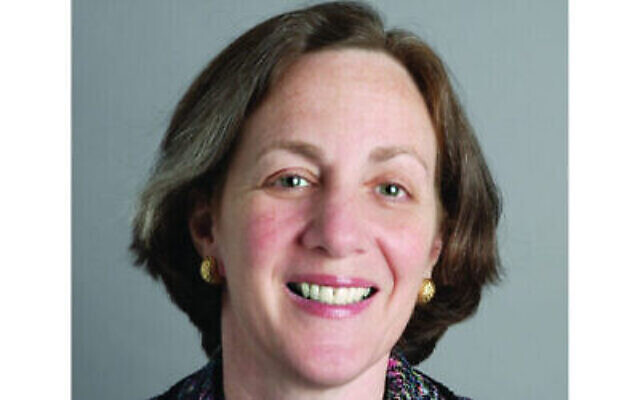 Dianne Lob, the immediate past chair of HIAS, was nominated to become chair of the Conference of Presidents of Major American Jewish Organizations, effective June 1, 2020.

The Conference of Presidents of Major American Jewish Organizations is, by its own description, “the central coordinating body representing 53 national Jewish organizations on issues of national and international concerns.” The organized Jewish community’s foreign policy umbrella seeks consensus on U.S.-Israel policy, Israeli security, and global threats to Jews and their interests.

Forging that consensus is not always easy. The Conference’s members are as diverse as the communities they represent. Its leaders often spend as much time wrangling cooperation within the conference as they do engaging with world leaders. Agreement on policy is supposed to emerge from this deliberative process, and not be imposed from the top.

Earlier this week the Conference announced that Dianne Lob, the immediate past chair of HIAS, has been nominated to become its next chair. It’s a welcome choice. As a leader of America’s historic Jewish immigration agency, which has been at the center of an era-defining debate over U.S. borders and refugee resettlement, she has shown the skills and temperament to work within coalitions, seek consensus, and speak truth to power. As head of global business development for AllianceBernstein, the investment firm, she has flourished in professional settings where elbows are sharp and tough negotiating skills are a requirement.

Lob would also be the third woman to serve as chair, and the first since the late June Walker, who served from 2007-08. A first-generation American and the child of refugees from Germany, she will bring fresh perspective to a field where a small minority of women hold top leadership
positions. Opponents of Lob’s nomination, few but vocal, dismiss HIAS as radical in its politics, hostile to the Trump administration, and un-Jewish in its activities, positions, and partnerships. But those critics speak for a narrow sector that defines Jewish identity and self-interest according to their own particular ideologies. HIAS, founded to serve Jews but now advocating for populations that reflect the shifting contours of the world’s resettlement crisis, is Jewish to its core. Treating the stranger fairly is a fundamental value of American-Jewish identity. That the once-bipartisan issue of assisting refugees from oppressive regimes has now become hopelessly partisan does not make that value any less valid or binding.

Critics of HIAS also ignore the importance of working across borders and within coalitions — especially at a time when anti-Semitism is rising on the right and left. The gunman who killed 11 Jews in Pittsburgh cited HIAS’ advocacy for immigrants in his targeting of the synagogue. The outpouring of support for the Jewish community after the Tree of Life shooting, from Christians, Muslims, and people of other faiths, was in part the result of goodwill won on the battleground of immigration policy.

Lob is poised to become chair at a moment of transition at the Conference of Presidents: William Daroff, who led public policy for the Jewish Federations of North America, is the new CEO, succeeding Malcolm Hoenlein, who was named executive vice chairman. As in any organization, new leadership signals new opportunities for growth, for innovation, and for renewed relevance.

In a statement about the Covid-19 crisis, outgoing Conference chair Arthur Stark notes that the organization’s members “may differ when it comes to political leanings or religious affiliations, but we approach this challenging time more united by common purpose. We all gain through this unity.” We’re confident Dianne Lob is the right choice to foster this common purpose.