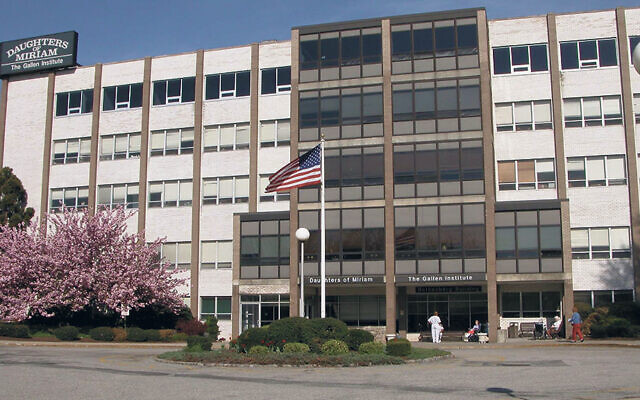 The Daughters of Miriam/Gallen Institute in Clifton

The Daughters of Miriam Foundation, which owned a nursing home and independent living facility in Clifton, has sold the nursing home to Atlas Healthcare, a private company that is assembling a small network of nursing homes across New Jersey.

The foundation will continue to own the independent living facility.

The new owners have agreed to maintain the nursing home’s kosher kitchen, and it will share the expenses for Rabbi Moshe Mirsky, its head of religious services. Rabbi Mirsky has held that position at the nursing home and the independent living facility since 2014.

The sale will take effect June 1. Meanwhile, Atlas has begun managing the facility and has brought in Michelle Reich of West Orange to take the reins as the institution’s administrator at the end of May; she had been the administrator of the Runnells Center for Rehabilitation and Healthcare in Berkeley Heights since 2019.

“Our mission is still to help the Jewish elderly,” Albert Safer, president of the Daughters of Miriam Foundation, said. “We will continue to operate the independent living facility. The foundation will still have money to give away for the elderly. But we’re going to be out of the long-term care business.”

Mr. Safer said that “the business was becoming more and more difficult. With covid, we came to the conclusion there was no way to continue. We lost occupancy of maybe 25 to 30 percent. We decided we might as well give it up while we can still get some money out of it so we can continue with the apartments.”

Mr. Safer joined the foundation’s board nearly 30 years ago. Back then, “We were in financial trouble,” he said. “We almost went out of business. We were burning close to $2 million a year.

“We decided to turn it around. We raised about $12 million and downsized and remodeled and modernized the facility to attract private patients, which paid more than Medicaid.

“We turned the facility around and were reasonably profitable until covid. It’s very difficult to be in the business in this day and age.” 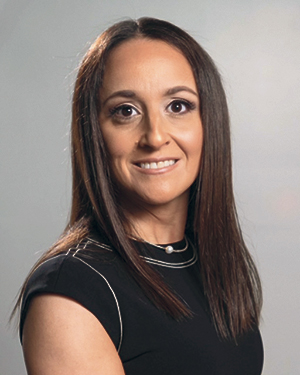 “You don’t want to be so big where you can’t focus on operations,” he said.

He said that Atlas plans to invest millions into capital improvements at Daughters of Miriam. Because the facility is part of a larger chain, it will benefit from economies of scale that will result in some savings, and it will be easier to recruit and retain staff, Mr. Bak said.

Atlas Healthcare employs its workers directly, rather than contracting with an agency to provide its staff. Mr. Bak said that at Atlas Healthcare at Maywood, a facility the company acquired in 2020, “We’ve raised the rates so more people want to work with us,” while saving on agency fees, overtime, and recruitment costs.

Mr. Bak said that Atlas Health generally retains more than 95 percent of the staff when it buys a facility.

“We don’t like to make significant changes,” he said. “Our focus is more about administrative expenses.”

He said that “while times have changed and you need business acumen to survive in the environment today, we understand the achrayus” — he used the Yiddish word for responsibility — “that comes with Daughters of Miriam. Carrying on that legacy is very important. It’s not something we take lightly.”

Ms. Reich credits her involvement in eldercare to her grandmother, a Holocaust survivor from Czechoslovakia who lived with her family when she was growing up in Brooklyn.

“She played a major role in who I am today,” Ms. Reich said. “It’s why I went into the industry. She has a lot to do with my foundation and my morals and the way I was brought up.”

When she was in elementary and high school, “I was always involved with visiting nursing homes and visiting seniors. I felt the senior population was a population that people needed to go out of their way to give extra attention.

“It’s the population you can learn the most from.”

Ms. Reich became a licensed nursing home administrator at 24, and then earned an MBA in health care administration.

“A lot of amazing things happen every day in nursing homes and the heart is the team that’s doing the work,” she said.

“During covid, they showed up every day. Nobody knew what the pandemic was bringing us. They put themselves at risk and continued to care for the elderly and sick because somebody needed to. So many people should be recognized for continuously showing up.”

Mr. Bak echoed Ms. Reich’s view that the workers are “the true heroes.

“I think the amount of dedication, focus, just goodness by the people who work on nursing homes who are trying to make a difference in peoples’ lives is just unbelievable,” he said.

“I can tell you story after story about the dedication employees of ours have shown. They do it on their own time or quietly.

“Sam and myself don’t consider ourselves corporate owners,” he continued. “We are in the facilities weekly and are just a phone call away.

“The only way to be successful is to be hands on. If you’re not involved in every single detail, patients ultimately will suffer. Sam is on the phone with each building every day, reading the clinical reports, focusing on patient outcomes, and really driving each facility, each administrator, each director of nursing, to ensure the best outcome of each patient.

“When we spoke with the Daughters of Miriam Foundation, they said the reason they chose us is because we were still small enough that there was a personal address they could turn to.”