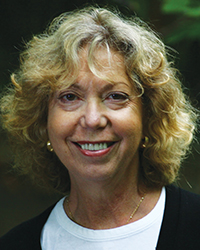 Diane Leslie Auerbach (Shapass), 70, a longtime resident of Livingston, died April 27, 2020. Born in Brooklyn, she resided in Livingston since 1977.

Mrs. Auerbach worked as a teacher in Brooklyn as well as in Irvington and Randolph. She became a guidance counselor in Randolph during the last 15 years of her career. She received bachelor’s and master’s degrees in education from Brooklyn College, and received a certificate in guidance from Kean University.

She was very active at the former Temple Emanu-El in Livingston, where she served as the head of many committees, organized many events, and served on its board for many years.

She is survived by her husband, Andrew, whom she married in 1972; her children, Meredith and Lee; and a grandchild.

Services were held May 3.