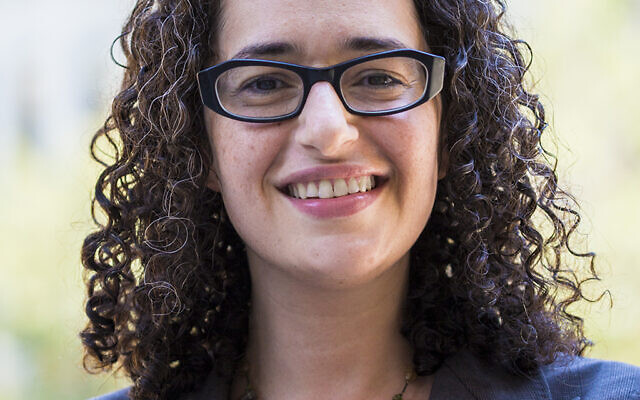 The Book of Genesis is a catalogue of wounded families, each portion a different iteration of the damage done when family members regard each other with suspicion and blame based on misperceptions and fear.

I’ve been particularly aware of this pattern this fall and related personally to these narratives in a new way since becoming the object of mischaracterizations and accusations from the left and the right by those within my own wider Jewish family. Speaking on a panel at the J Street conference in October, I spoke with great sadness, and out of deep love for Israel and concern and hope for its future as a democratic Jewish state, about the growing distance between American Jews and Israel. A blogger posted a partial account of remarks I gave under an inflammatory and inaccurate headline. This distortion then was circulated by those who, without investigation, further mischaracterized my words and impugned my motives for what were, sadly, unremarkable observations.

It is indisputable that many American Jews are increasingly disconnected and estranged from Israel. The question for those who care passionately about the country and its future as a thriving Jewish, democratic state is: How do we restore and deepen that connection?

The extreme reaction to my remarks brought to mind a midrash on Genesis which compares Abraham embarking on his journey of discovering God to a traveler who sees a “birah doleket.” Commentators translate the phrase contrastingly as “a palace in flames” or “a palace filled with light.” In the midrash, the traveler asks, “Can it be that this palace is without a caretaker?” The owner of the palace looks out and says, “I am the owner.” This image is compared to Abram who wondered, “Is it possible that the world lacks a caretaker?” The Holy One looked out and said, “I am the Sovereign of the Universe.”

Was Abraham drawn to discover God because he saw a palace in flames, a world in crisis, in need of divine intervention? Or because he saw a wondrous, incandescent palace, and understood that such beauty must be the work of the Divine? In his reading of the midrash, Abraham Joshua Heschel asserted that both can be true. This teaches us that we can — indeed, we must — simultaneously acknowledge the pain and conflict threatening to engulf our world and also be inspired by its astounding beauty and possibility.

Witnessing something precious on fire does not mean delighting in watching it burn. It is deeply painful to witness and name the growing distance between progressive American Jews and Israel. Acknowledging the pain of many progressive American Zionists at the current state of Israeli democracy, civil rights, and human rights is something my colleagues and I take extremely seriously and view with grave concern. Accusing Americans and Israelis who are critical of Israeli policies of being anti-Israel or of having abandoned Israel has become a ubiquitous feature of the American-Jewish conversation about Israel. But to fight the fire we must admit that the palace is burning.

I see a palace that is burning, and nevertheless shining with light. I draw tremendous hope and strength from the Israeli patriots who are upholding Israel’s founding promises and working every day to help Israel become more equal, more just. I want American Jews to know about the remarkable ecosystem of progressive Israeli organizations improving the lives of all who live in Israel, by building a truly shared society between Israel’s Jewish and Arab citizens, by working to preserve and strengthen a free and independent judiciary, and by training the next generation of progressive Israeli leaders and activists. These are just some of the many ways in which the New Israel Fund and our partner organizations are working to heal the rift between progressive American Jews and Israel. We are building the tools American Jews need to counter the distance and engage with the reality of Israel today.

Many people who love Israel deeply believe in opposing values and opposite tactics. I believe that the settlement enterprise and the 52-year-long Israeli military occupation of Palestinians is profoundly corrosive and dangerous to Israel morally and existentially. My neighbor may believe the opposite. I can believe that her strategy is wrong, even irresponsible. Yet our motives may be similar.

Almost every Genesis family narrative is rooted in suspicion and accusation and ends in alienation and loss. That certainly mirrors the story of the current iteration of the American-Jewish family. But I read these Genesis stories not as prescriptive instructions for how to manage our familial relations, but as cautionary tales.

Genesis describes not only stories of familial conflict, but also powerful and instructive narratives of familial reconciliation. This week in parshat Vayishlach we read of Jacob and Esau meeting again after two decades of estrangement, a profound encounter which concludes with the brothers embracing, and Jacob saying to Esau, “to see your face is like seeing the face of God.”

It is our shared birthright to love Israel and to struggle with it. It would serve us well, and it would serve Israel well, to look for the face of God in those we are so quick to label as our opponents.