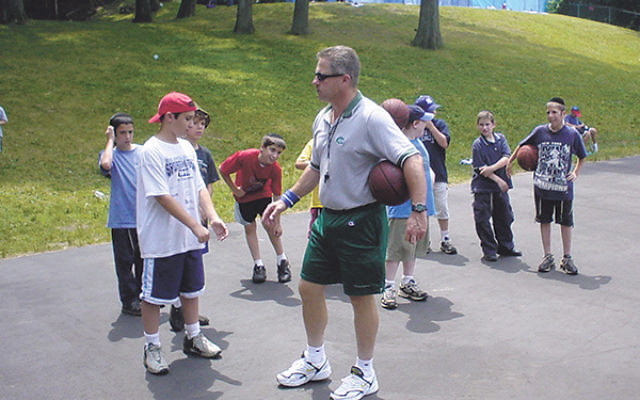 Gan Israel Day Camp, run by the Rabbinical College of America in Morristown, will return this summer after a (sort of) hiatus last summer.

“Most families sign up after Pesach, and we get a lot of calls after Shavuos,” said Dubov, who spoke with NJJN at the RCA at the end of April. The holiday of Shavuot begins the evening of May 23.

Last summer, the camp officially canceled its summer session on June 10, just 13 days before it was scheduled to open. Leaders cited a lack of funding due to decreasing enrollment and a substantial increase in requests for scholarships.

It was also the first summer after a 21-year run that Rabbi Mendel Solomon and his wife, Chana Devorah, did not serve as camp directors. (They have shifted to running Congregation Ahavat Torah: Chabad at Short Hills full time.)

Ultimately, Dubov ran a very scaled-down version of the camp, limited to members of the Chabad community who had nowhere else to send their children. A total of 90 children attended, compared with the 300-400 the camp usually had enrolled.

This summer, the camp is up and running and registration is again open to the broader community.

The Sherry Wilzig-Izak Gan Israel Day Camps — widely known as “Gan Izzy” — is a worldwide network of camps for children run by Chabad Lubavitch, the hasidic outreach movement, which draws youngsters of all backgrounds, from age three to 11 in the boys’ and girls’ divisions.

The Morristown camp was established 41 years ago. The kiddie camp and boys’ division are at the main RCA site, while the girls’ division is on a different part of the RCA campus.

Michelle Goldson, who identifies with Reform Judaism, has registered her three-year-old, Lilly, to attend the camp this summer.

“They were so nice to me,” she said. “They gave me a full tour of the camps, and it was such a warm atmosphere. I’m so excited for camp, I can’t even tell you how excited I am.”

For the last four years, Dubov has been working at the RCA in the yeshiva/rabbinic ordination program, responding to students’ text-oriented questions and guiding their studies. With his wife, Chava Mushka Dubov, he also runs Chabad of Sussex County in Sparta and teaches part-time at the Gottesman RTW School in Randolph.

Last year, the camp was slated to cost $2,580 for eight weeks before it was canceled and reconstituted. This year, the cost has been significantly reduced to $1,600 for seven weeks.

While Dubov said he hoped to be back up to previous enrollment within five years, Rabbi Moshe Herson, dean of the RCA, who sat in on the meeting, insisted it would take only two or three years.

Rabbi Solomon, who joined the meeting but no longer has a role in the camp, said he would offer whatever help he could from the sidelines to manage the numbers, administration, or anything else Dubov and Stiefel need. Stiefel was unable to attend the meeting.