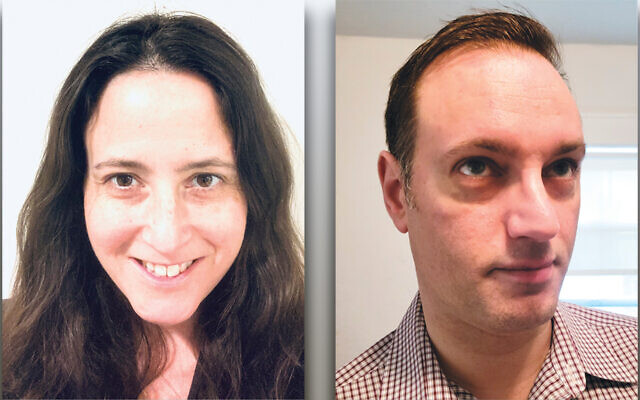 It’s not news to anyone that the pandemic has been hard on just about everyone. People lucky enough to not have been thrust into mourning by the death of family members or friends still have suffered the sudden removal from life as we’ve known it that covid-19 has brought us.

Now, we’re starting, baby step at a time, to go back out into the world, but the scars of the pandemic might not fade quickly and may never disappear fully.

That leaves people who have needed the kind of help that comes from human contact at a loss. Often, those needs involve physical or mental health. The gap has been filled, to a large extent, by telehealth and teletherapy, by Zoom sessions that allow people challenged by, say, for example, mood disorders to work with therapists and in therapy groups online.

But there are other groups of people whose needs — generally less visible and generally seen as less pressing — largely have gone unmet.

“The transition to Zoom from meeting in person was pretty fluid,” Ms. Croog said. “In a sense, Zoom makes it a little less personal, because you are on a screen — you lose a little bit of intimacy when you lose body language, because you can see only faces, not bodies — but in a way people maybe feel a little more comfortable. They don’t have to leave their houses to go to a meeting, so they can decide at the last minute that they can go on their computer and just sign on.”

But Refa’enu discontinued the group for family members — until now. There’s been a demand for those family groups, and Ms. Croog is glad to try to meet it. “I’m hoping that people in this group will feel the same level of comfort,” she said. “After more than a year, people really are comfortable with the technology of video calls.”

The group will have no more than 10 or 11 screens at each meeting, she said, although she assumes that some screens will show the faces of more than one person — parents, often, at the meeting because of their shared child. The meetings will start at 8 on Thursday evenings and at first will end at 9:15, although they can be extended for another 15 minutes if necessary. “We want to be sure that everyone has a chance to speak, to share their experiences, and to feel heard without being rushed,” Ms. Croog said.

Ms. Croog is a trained facilitator, and she has a mood disorder. She will be a co-facilitator of the Refa’enu group; her background will allow her to add to the group in two distinct ways, she said. As an experienced facilitator, she can help direct conversation and provide resources; as a person who lives with a mood disorder, she can help participants understand the experiences of their family member or friend, whom they love but whose inner workings they do not share. (Not that anyone shares anyone else’s experiences, point of view, or internal chemistry to any degree, of course.) “The best kind of groups are where the participants run it themselves, and the facilitators are able to step back and let the participants work off each other and share their experiences based on what everyone says,” she said. The facilitator stands back but is ready to provide information or recenter the discussion should it become necessary.

Refa’enu’s groups are specifically for the Jewish community. That’s for the practical reason that people drawn to a group defined as Jewish are likely to share cultural assumptions; it has nothing to do with anyone’s level of observance, belief, or connection, and certainly “it’s not supposed to be exclusive, or in any way mean that we think we’re better than anyone else,” Ms. Croog said.

“Sometimes it’s very easy to forget yourself when you are trying to help someone else.”

Shoval Gur-Aryeh of Teaneck is a psychologist and will co-facilitate the group.

“It’s not a therapy group per se,” Dr. Gur-Aryeh said. “A long time ago, I had to redefine what therapy means.” He’d gone from the classic definition — a 45-minute session — to an understanding, born of his experience in correctional institutions, that therapy should be defined less by its duration than its potency and outcome. So, he said, although this group is not by definition a therapy group, still it can be therapeutic.

It’s important for people in relationships with people with mood disorders to get help. The group will be “a place where people can go for support. Support comes in all different forms, whether it’s just being around people who can relate to what you’re going through to having a sense of community to having an opportunity to seek suggestions or advice or feedback. It can be about getting ideas of how to help a loved one, or how to be in a healthy relationship with a loved one who is struggling with mental illness.

“It can be devastating, but oftentimes what loved ones go through doesn’t get enough attention. They just suffer in silence. They might feel hopeless or helpless, and the support group can give them a sense of community and the knowledge that they are not alone.”

Like Ms. Croog, Dr. Gur-Aryeh thinks that there are some advantages to running groups over Zoom, although still they are outweighed by the disadvantages, which include the inability to see and so pick up on all the cues people transmit through their body language. “But there’s something about anonymity,” he said; although people put names up in their Zoom boxes, those are not necessarily their full or even their real names. “It does still show your face, but there still might be a sense of emotional distance.” Then there’s actual physical distance. “I live in Brooklyn, you live in Baltimore. That might add to a feeling of less inhibition. So I think that over Zoom, there’s a potential to feel a little more free to share things.”

People are helped immensely by feeling part of a community, Dr. Gur-Aryeh continued. “People convince themselves that they are alone in their suffering, and that other people don’t know what they are suffering.” That’s often because they’re not comfortable talking about their problem, and therefore don’t realize that their neighbors might be battling the same issue. A support group, which draws people together based on the issues they’re battling, creates that community.

“A support group is to help you feel that you’re not alone,” Dr. Gur-Aryeh said. “Whatever you’re struggling with, whatever you’re trying to find.” In this group, participants look for “a way to help yourself and your family member or friend. My role is to try to be a source of information, not only about what the disorder is but what the person with the disorder is going through.

“We also want to validate that the participants need and deserve help. We often neglect to acknowledge what people go through when they have a family member or friend with mental illness. So this is an opportunity for people to recognize, to accept, to be willing to admit to themselves that they need — and also that they deserve — help.”

What: Offers a weekly support group for loved ones of people with depression and bipolar disorder.

To learn more and for link: dena@refaenu.org.