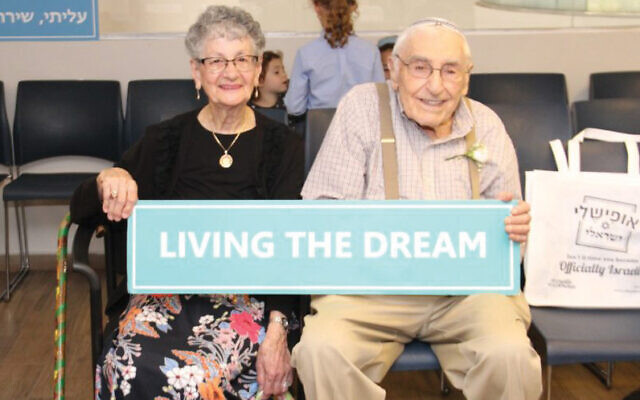 Norman and Doris Levitz made aliyah in their 90s, moving from the United States to Jerusalem in 2018. Photo courtesy of Tomer Malichi

Jerusalem — For a growing number of Jews in the diaspora, turning retirement dreams into reality also means realizing a lifelong dream of living in Israel.

Over the past decade, more than 6,000 Jews from North America and Britain have retired to Israel. In 2019, some 500 of 3,500 immigrants to Israel from North America were retirees. For some of these new “olim” it was the culmination of a lifelong Zionist dream. For others it was a practical move to be closer to children and grandchildren, or to enjoy their golden years in a warmer climate.

Regardless of motivation, the key to a successful retirement in Israel is careful advance planning, as well as an open attitude toward the challenges of entering a new stage of life in a new country.

“We have an amazing life here and are very happy, generally speaking,” said Sydney Faber, who retired to Jerusalem from London with his wife, Rose, 11 years ago. The couple have two children in Israel and two others living in New Jersey.

The Fabers credit their contentment in large part to their having made good decisions about important elements like housing, learning Hebrew and becoming involved in their community. Those choices, they said, made all the difference in building a happy retirement 2,000 miles away from where they had lived most of their lives.

While retiring to Israel may seem like a bigger step than retiring to Florida, many of the same considerations come into play. Here are some of the main issues to consider.

“Retiree olim need to think about how their lifestyle will or will not translate to Israel,” said Marc Rosenberg, vice president of Diaspora Partnerships at Nefesh B’Nefesh, the organization that assists with immigration to Israel from North America and the United Kingdom.

Rosenberg advises retirees to be realistic about the kind of life they’ll be able to afford in Israel on passive income like pensions, Social Security and investments. (A sample budget on Nefesh B’Nefesh’s website can help retirees figure out their likely monthly costs.) For those with children or parents living outside Israel, retirees should remember to plan for the costs of flying back and forth to see them.

These days, many retiree immigrants split their time between Israel and their countries of origin in “snowbird” fashion, allowing for all kinds of creative financial arrangements. Prospective immigrants should seek the advice of an Israeli accountant who specializes in U.S. taxes about the implications of dual citizenship and dual residency. A financial adviser can help with financial planning and offer guidance for living within a budget.

Israel has universal health care. Retirees must pay into its National Insurance system, but the sum is minor compared to what most Americans are used to paying for insurance premiums and copays.

All Israelis must join one of Israel’s four HMOs, known as “kupot holim,” in order to receive medical services. While membership is covered by one’s National Insurance payments, the kupot offer optional higher levels of coverage for relatively modest additional fees. Many retirees also choose to buy supplemental private health insurance, which covers drugs not included in the medications made available by the Health Ministry as well as private surgeries, transplants performed abroad and other benefits.

“I couldn’t have asked for better or more personalized care,” Weiss said.

In addition to hospitals, Israel also has a network of urgent care clinics in most cities, many of which are open 24/7. 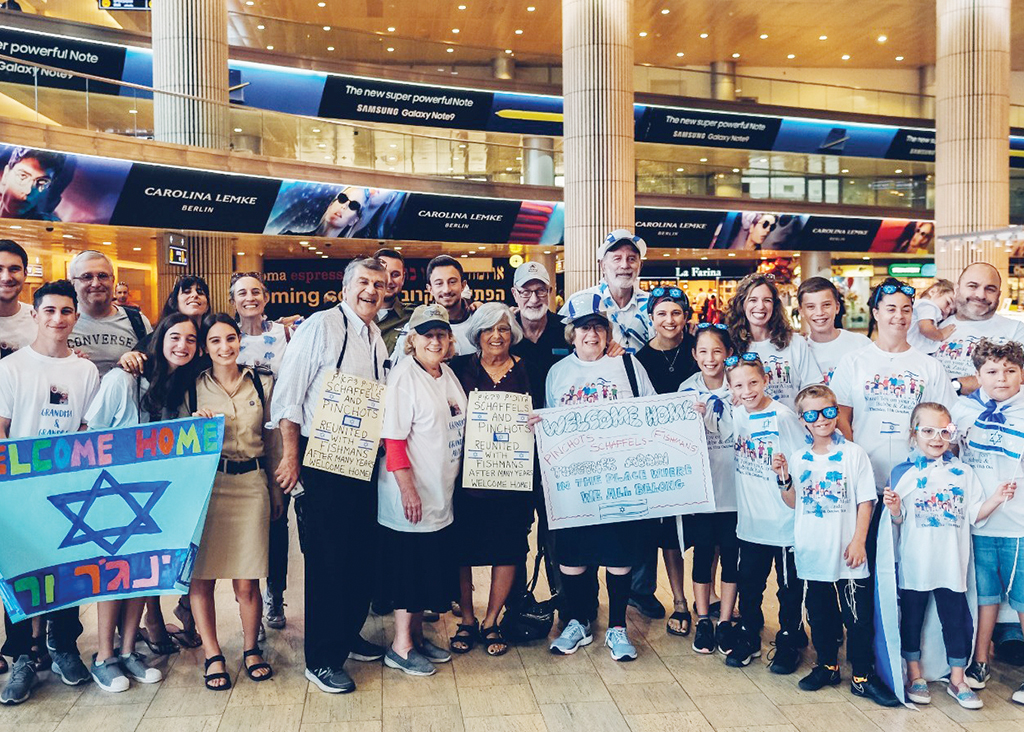 In 2019, some 500 of 3,500 immigrants to Israel from North America were retirees. Jonny Finkel Photography

Choosing your new home wisely is a key component of successful aliyah. Experts advise new immigrants to rent for at least a year or two before buying, mainly to make sure they choose the right location.

Many retirees automatically assume they will want to be near their children, but some find that living in suburban communities geared toward young families is not the right fit.

“They realize that living in Israel is different than visiting,” Rosenberg said. “When you are here for 10 days over a holiday, the grandchildren will be off from school and have lots of time for the grandparents. It’s a different story when they are in their usual routines.”

Older olim tend to gravitate toward cities with large “Anglo” communities and a plethora of social and cultural opportunities for English-speaking retirees, such as Jerusalem, Tel Aviv, Raanana and Netanya. Many charedi Orthodox immigrants favor Beit Shemesh.

Housing will comprise the largest chunk of a retiree’s monthly budget. As with real estate anywhere, location determines price. Those moving from low-cost U.S. locales to expensive cities like Jerusalem might have to downsize homes or number of cars. It’s generally cheaper to rent in Israel than in the United States but more expensive to buy.

Those seeking to move into a senior residence or assisted-living facility will find many options throughout the country offering accommodations, amenities and services comparable to North American standards.

A common question retirees have is whether to sell the U.S. residence they are leaving behind or rent it. That’s less an immigration question than a financial one best addressed to a financial planner.

The upside of transportation in Israel is that the public transit system is very inexpensive and well developed. Buses inside and between cities run frequently, reliably and inexpensively, and seniors pay half fare. The train network is growing, including new high-speed rail service between Jerusalem and Tel Aviv that has reduced travel time to 32 minutes. Taxis also are relatively inexpensive and can be summoned like an Uber using the Gett mobile phone app.

The downside is that private transportation is expensive: Owning and maintaining a car costs roughly double what it does in the States.

“If you can do without a car, you should try it,” said Hezy BenTzur, founder and owner of the iAnglo Auto Association, which assists English speakers in Israel with the leasing, importing and purchasing of new and used cars. “Retirees don’t have the burden of having to commute for work, so I would recommend not taking the expense on if you don’t have to. It’s more cost effective to occasionally rent a car.”

Another thing to keep in mind is that cars are generally smaller in Israel, and that the Israeli car market includes makes and models unfamiliar to Americans. Best to do your research and choose appropriately.

There’s no end to the opportunities for retirees to get involved in their communities. Local community centers offer cultural events, educational classes and fitness activities for free or at a low cost for seniors. There are also private sports and country clubs, and golfing is available near Caesarea.

Some community theater companies put on English-language productions, and many plays and operas performed at major arts venues like the Charles Bronfman Auditorium in Tel Aviv and The Jerusalem Theater offer English supertitles.

Volunteer opportunities abound; the key is matching your interests to one of Israel’s countless nonprofit organizations. Popular choices include working with people with disabilities at Yad Sarah, mentoring children and teens affected by terror with One Family, or preparing care packages and holiday meals at the Lone Soldier Center.

Some volunteer opportunities are geared toward English speakers, like English tutoring or working as museum docents. Most, however, require a working knowledge of Hebrew. Taking advantage of the free Hebrew lessons (called ulpan) provided by the government to new immigrants is a good idea.

Ricki Lieberman, who retired to Jaffa from New York in 2009, raises money for an Arab-Jewish women’s choir in Jaffa, volunteers with children of African refugees in South Tel Aviv and does political organizing.

“I grew up believing in democracy and Jewish values, so I am compelled to do what I can,” Lieberman said. “For me, my retirement is not a time to turn away.”

This article was sponsored by and produced in partnership with Nefesh B’Nefesh, which in cooperation with Israel’s Ministry of Aliyah, The Jewish Agency, KKL and JNF-USA is minimizing the professional, logistical and social obstacles of aliyah, and has brought over 50,000 olim from North America and the United Kingdom over the last 15 years. This article was produced by JTA’s native content team.