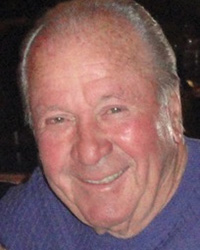 Irving F. Brothman, 82, of Palm Beach Gardens, Fla., and West Orange died May 8, 2020. Born and raised in Brooklyn, he lived in New York City and moved to Livingston over 45 years ago.

Mr. Brothman founded the Ashley Scott clothing line, maintaining the successful outerwear company until his retirement. He enjoyed traveling, fine wines, golf, horseback riding, and playing cards and had a passion for orchids. In his youth, he was a champion diver who competed in the Olympic trials.

He was a member of Temple Sharey Tefilo-Israel in South Orange and Temple Beth Am in Jupiter, Fla.

He is survived by his wife of 47 years, LouAnn (DelRivo); his daughter, Ashley (Jon) Popiel of Palm Beach Gardens; his son, Scott of Brooklyn; and four grandchildren. He is also survived by David Brothman.