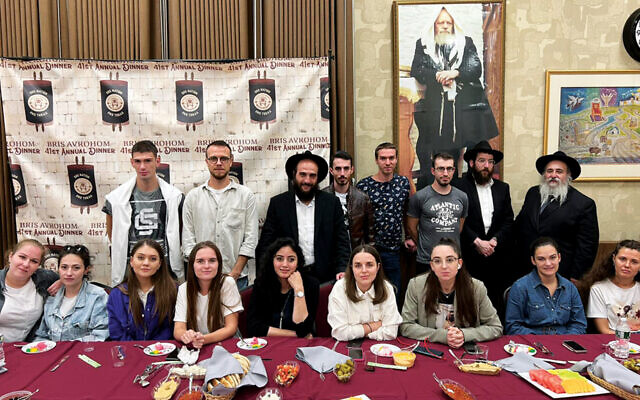 A group of young professionals from the former Soviet Union, who now live in different parts of Israel, came on a tour to New York. They spent Shabbat in Crown Heights and enjoyed meals with different hosts. They also had a dinner at Bris Avrohom headquarters in Hillside, where Rabbi Mordechai Kanelsky told his life story, describing how his parents observed Torah and mitzvot under the Communist regime and how he learned underground for a few years. He also told how the Rabbi Menachem Mendel Schneersohn, z”l, got them out of Russia.