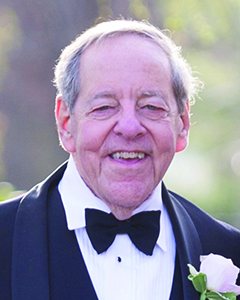 Mr. Gold had a long professional career, which began at the Federal Reserve Bank of New York. He later served as chief financial officer for UJA-Federation of New York and Daughters of Israel in West Orange. For much of his career, he worked at the CBS television network, where he ultimately served as the network’s vice president of finance and a chief financial leader of the CBS Broadcast Group.

He received his undergraduate degree from Rutgers University and his M.B.A. from Fairleigh Dickinson University.

He served his country as part of the U.S. Army Reserve.

He served as president of Cedar Hill Country Club in Livingston and was a board member of Head Start, a program administered by the U.S. Department of Health and Human Services that provides a variety of services to low-income children and families.

Predeceased by his sister, Judy Stomachin, he is survived by his wife, Susan; four sons, Eric (Charlene), Michael, Bradford (Amanda), and Noah (Andrea); and seven grandchildren.

Private services were held March 31; a formal memorial service will be scheduled in the future. Memorial contributions may be made to National Kidney Foundation.