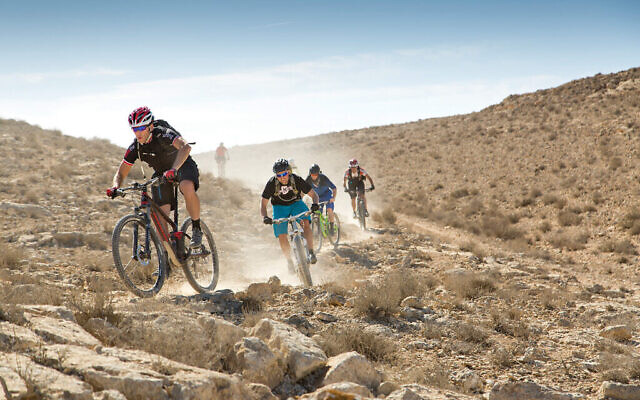 Members of the Council of Presidents of American Jewish Organizations have ditched meetings with Israeli leaders for fundraising bicycle rides in the Negev Desert. Flickr Commons

The Jewish federation movement said it would suspend nearly all traditional fundraising activities, including gala dinners and Israel missions, and focus instead on sponsored bicycle rides.

The news comes in response to a report that bike rides accounted for nearly 90 percent of all Jewish charitable giving in 2019.

Armstrong Lanzman, an accountant in Merion Station, Pa., has personally logged 60,000 miles and raised $2.1 billion for various Jewish causes, including a playground for his synagogue. “I am constantly asking friends to sponsor me when I go on a bike ride,” he said. “I think they were really glad when I broke my leg playing pickup basketball last year.”

The trend is not without controversy, however. In 2016, hundreds were injured when the JNF “Sore Knees for More Trees” ride crashed into Chabad’s “Rollin’ for the Rebbe” ride at an intersection near Bet Shemesh, Israel.