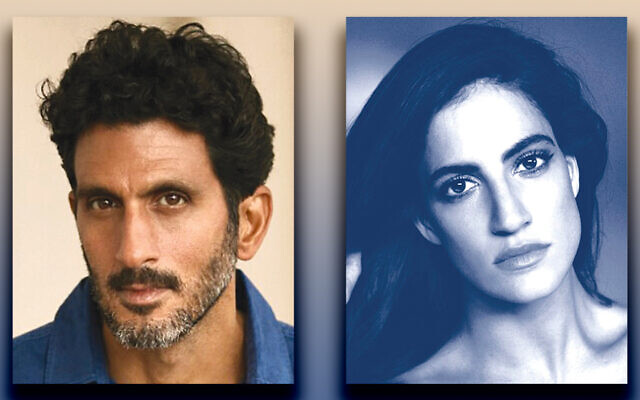 Join the stars of the Israeli Netflix hit series “Fauda” at the Jewish National Fund-USA’s annual breakfast in support of the land and people of Israel. The program — this year it’s virtual — is set for April 18 at 10:30 a.m. Participants can BTOB (bring their own bagel) to the virtual breakfast while enjoying the star-studded complimentary event, which began in 2003.

“JNF-USA’s Breakfast for Israel has become a much-looked-forward-to event on the communal calendar,” its co-chair, Anne Kroll, said; she’s a member of the JNF-USA Central New Jersey committee. “This year, we’re hosting a vibrant celebration in honor of Yom Ha’atzmaut as we bring our community together to ensure a bright, prosperous future for the land and people of Israel and Jewish people everywhere.”

According to the Wrap News Inc., “Despite the language barrier, “Fauda” (it means chaos in Arabic) managed to break out of the dark corners of Netflix’s foreign-language section and get noticed by both Hollywood heavy-hitters and New York Times television critics.” “Fauda” celebs Tsahi Halevi, who plays Naor, and Rona-Lee Shimon, who plays Nurit, will have a discussion with Yoav Limor, a veteran military correspondent who has been covering the Middle East conflict for the last 33 years. He will conduct the interview and lead the Q&A session that will follow.

“Whether in person or virtually, we’ve seen attendance at our annual Breakfast for Israel event skyrocket year after year, as hundreds of supporters from coast to coast come together to support the land and people of Israel,” Phyllis Chancy Solomon said; she is the co-chair of the JNF-USA Central New Jersey Monmouth Middlesex Committee and is also on JNF-USA Central New Jersey’s board. “This year, we’re expecting record high participation. After all, who doesn’t love Fauda?!”

Rona-Lee Shimon is both an actress and a trained ballet dancer, with extensive experience in Israeli theater. Tsahi Halevi also starred in the drama “Bethlehem,” which won an Ophir — the Israeli Oscar — for best picture and he reached the finals in the first season of “The Voice Israel.”

To register, go to jnf.org/bfi and select the orange location square titled “Central New Jersey.” For information, call Anna Millstein at (973) 593-0095, ext. 826, or email her at AMillstein@jnf.org.