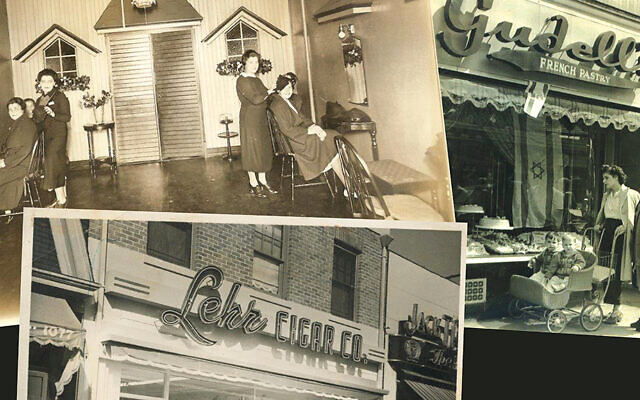 The fabled Weequahic section of Newark continues to exert a subtle tug on me, nearly 65 years after my family moved to West Orange, where I still live in the house my parents purchased brand-spanking new in the salad days of suburbanization. But if you asked me whether I feel more West Orange-ish than Weequahican, I would have a difficult time deciding, even with the preponderance of decades falling on the West Orange side.

That’s because Weequahic existed as both geography and a state of mind, and 99 percent Jewish at the time. It was safe and explorable via my trusty Schwinn or Roadmaster (the bike, not the Buick) and also very walkable, to school, to stores, to the stickball lot, to the library, or to Weequahic Park. The only time I took the bus was downtown to my congregation, B’nai Jeshurun, or the Newark Y, both on High Street, now Martin Luther King Boulevard, and occasionally with Mom to Bamberger’s or Larkey’s. The buses were packed and plentiful, the fares a nickel, and the rides let me practice my Boy Scout good-deed mitzvah of offering a seat to an elderly person.

During the decade I lived in Newark — from 1947 to 1957 — the city entered what could charitably be called a state of flux. After emerging as a postwar industrial and manufacturing powerhouse, with a labor force swelled by the great southern outmigration, a series of corrupt administrations and abrupt population shifts began taking a toll. The first instances of decay crept into schools, parks, libraries, social services, and housing. Businesses, corporations, and commerce relocated to greener pastures. These discouraging currents gathered momentum and culminated in the riots (or rebellion, depending on your point of view) of 1967, resulting in nearly 40 years of stagnation before rebuilding and reconstruction began in earnest. (Politics remained more complex and problematic. Black officials, now firmly in control of the city, committed some of the same sins as their predecessors. I witnessed it, spending 40 years as an editor with the Star-Ledger in Newark.) 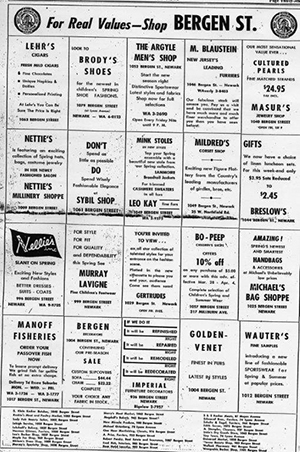 This ad was from the Bergen Street Merchant’s Association. (Courtesy Linda Forgosh)

But as a youngster, I was blissfully unaware of these troubling trends. Weequahic served as both a blotter and a buffer against outside, adult forces; blotter in the sense of allowing a kid to absorb every bit of his surroundings, buffer in the sense of being microcosmic unto itself. The rest of Newark, the county, the state, the country, and beyond existed in a sort of gauzy irrelevancy. With the baby boom and prosperity gaining momentum, the Great Depression and World War II were talked about less and less. These monumental events may have scarred the domestic landscape and left Europe mostly in ruins, but the war essentially cured the economy, and the Marshall Plan and new State of Israel would put some daylight between horrific events on the continent and the future of the Jews, or so most folks wanted to believe.

Of course, my concerns were more quotidian. When my pal from across the street, Eddie Glassman, and I discovered yellow-colored pebbles on his front lawn, we literally thought we had struck gold. The two of us carefully washed the stones and put them in a handkerchief. The next morning, after fitful nights of sleep, we sped off on our bikes to Berkeley Savings and Loan on Lyons Avenue. A bank officer proceeded to gently deflate our dreams of instant riches and tried to interest us in opening a Christmas club. Although the bike ride back home was a downer, the episode spoke to the sense of neighborhood and place that was Weequahic; parents looking out for neighbors and especially their children, merchants and businesses woven deeply into the fabric of the community, often living atop their establishments.

When Mom, or Grandpa (who lived on the second floor), or Aunt Evy (who lived on the third), sent me on an errand, I had many stores to choose from after a bike sprint down Renner Avenue to Bergen Street. If it was the drugstore, that meant Weissman’s on the corner of Bergen and Renner. I always received the same hearty “Jonileh, how are you?” from Herman Weissman, as he waved to me with his ever-present unlit cigar. He and my father talked the language of fellow pharmacists as Dad had owned drugstores in Brooklyn in the 1920s and ’30s before going into the manufacturing end of the business in Newark. Mr. Weissman could whip up scrambled eggs or a sundae in a jiffy and serve them at his marble-topped soda fountain with turntable stools. But I was more fascinated watching him compound prescriptions in a tiny back room, using mortar and pestle and a pharmaceutical scale to measure out quantities in drams and scruples (I still have my dad’s), surrounded by flasks, tubes, and bottles of all sizes and hues. 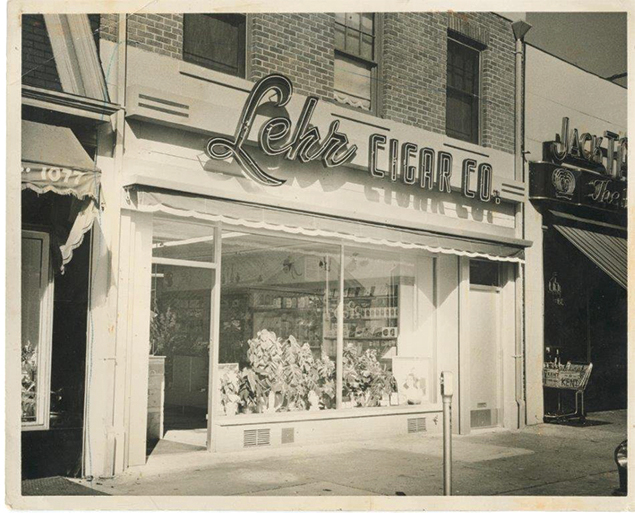 Next to the pharmacy was Hy’s Dairy. Hy Barkin presided from a narrow aisle between a butcher-block counter laden with a slicer, knives, and specialty items like halvah and jellied candy rings, and a refrigerator crammed with butter and cheeses. If you wanted a pickle (just a nickel) you foraged through the barrels with tongs until just the right one, or a sour tomato, bobbed atop the brine. If you needed canned goods (S&W or Krasdale), Hy handed you the pole and let you do the delicate retrieval act from the shelves, liability be damned. Cream cheese, boxed and bricked, was cut to size and weight. Muenster, Swiss, and American were hand-sliced in a primitive, angled contraption. Farmer’s and cottage were ladled out of big trays. When the order was filled, Hy took a flat-lead pencil and toted up the items on the bag before packing them, thanking you, and asking who was next.

But the supreme shopping experience came when I entered the bakery, right next door to Hy’s. I would always be served by Sophie, a sparrow of a senior citizen with a perpetual twinkle in her eyes and her white hair in a net. Sophie would beckon me closer, barely able to reach over the top of the glass counter and pinch my cheeks firmly enough in both her tiny hands to seemingly make the blood drain. “So Jonileh, what does mamma want?” she would invariably ask. The rolls, baked goods, pies, and cookies were delicious. I can still conjure images of victory cakes and charlottes russe in the display cases. The only item I remember not liking were the bagels, plain, flat, and a challenge to chew. Bagels, delicious bagels, were properly in the realm of such Newark institutions as Watson’s, Kiel’s, and Wigler’s — but they didn’t have Sophie.

Although these stores formed the core of my shopping adventures, there were other, less-frequented establishments of importance. Patsy the shoemaker, for instance, whose shop was directly behind Weissman’s. I marveled at the machine running the length of the wall, with its spinning brushes and wheels. Patsy could take my scruffiest pair of Buster Brown’s and give them new life and luster. Just across the street was Mandelbaum’s kosher butcher. Mom sent me there for veal and chopped chuck (double chopped!). Irving Mandelbaum would suddenly appear from his cavernous oak-veneered refrigerator and fill the order without saying a word. 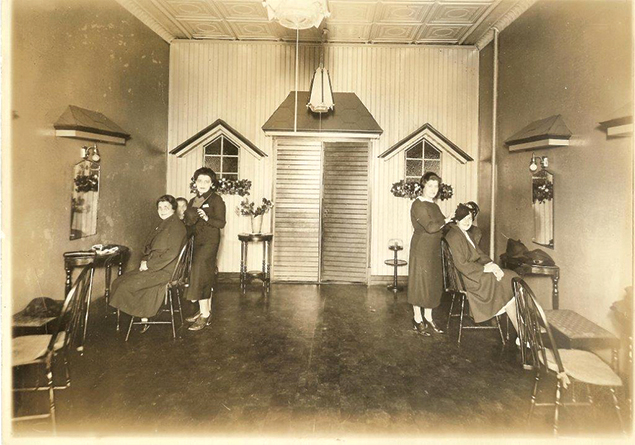 Women tried on hats in Nettie’s Millinery on Bergen Street; they seem to be practicing social distancing. (Courtesy Linda Forgosh)

Mom generally shopped at the A&P two blocks over, which recently had converted from butcher service to plastic-wrapped, pre-cut meats and poultry. I liked accompanying her just for the aroma of freshly-ground coffee permeating the aisles. When checking out, a patron could select the brew they wanted (Eight O’Clock, Red Circle, or Bokar) and have the beans ground and bagged on the spot in a stainless-steel machine that emitted a low, whirring sound. Not quite Starbucks or Dunkin’, but impressive for the times.

Bergen Street (at least my portion of it) proved more lifestyle than thoroughfare. This sentimental Baedeker would be remiss without also mentioning Cooper’s luncheonette (Dad’s déjà vu breakfast, a buttered roll and coffee), Fox’s hardware, Texaco and Esso gas stations (regular, 19 cents a gallon), a firehouse, a Chinese restaurant, two delis (hand-carved corned beef, pastrami, rolled beef), clothing shops, banks, a five and dime (my future wife, Gail Abramson, clerked there), the Park Theater (Saturday matinees at 25 cents with cartoons, serial or western, and a feature), Henry’s Sweet Shoppe (a Friday night delight), a greengrocer (fresh-ground horseradish), a fishmonger (tubs stocked with schools of finny, scaly creatures), a tavern, a barbershop (Jonny, go back and get it cut closer!), and Jo-Rae’s, my wife’s favorite pizza spot. There were many other locations, but only one left a painful memory: Dr. Joseph Boxer’s walk-up dental office. (How aptly named he was!)

And this doesn’t even begin to take into account the tradesmen and characters who roamed Renner Avenue: A knife grinder with the whetstone slung over his back; an itinerant banjo player who strolled through about twice a year wearing a porkpie hat while serenading for tossed coins; the guy with the amusement ride on the back of his truck; the Elfenbeins, pere et fil, vegetable hucksters with booming voices; the milkmen (Sheffield’s, Borden’s, and PM), and the Dugan’s route man with an array of baked goods.

I’ve concentrated my focus on Bergen Street, but there were other avenues of exploration and adventure important to me. Osborne Terrace, which ran parallel to Bergen, contained my favorite stickball lot and candy store (Stein’s, home of perilous pinball machines), and a branch library with a great selection. But one block over on Custer Avenue, where my future wife lived, was a neighborhood I rarely frequented because it fell within Peshine Avenue school’s borders and I went to Maple Avenue, and rarely the twain would meet. It wasn’t until I attended Weequahic High that I interacted with peers from elementary schools on Bragaw, Chancellor, Hawthorne, and Peshine avenues, and was introduced to a broader perspective (and a few fights).

My wife and I revisit the old neighborhood about twice a year, generally after we drop items off at the New Jersey Community Food Bank in Hillside. This last trip, we met the woman who owns my former home, and the three of us enjoyed a very cordial curbside conversation. I mentioned that the stores I knew so well are gone and the surroundings seem smaller and more compact. But I suppose that’s the natural progression of things, and reflects how we process events and surroundings through the passage of time. I also keep somewhat abreast of events through the Weequahic High School alumni bulletin, containing such tidbits as who had a crush on whom, best bagels, best ice cream, best hot dogs (or fries), best teachers, best candy store, best athletes, best rabbis, most grandchildren (that’s now), who knew Philip Roth, and the joys of Bradley Beach.

The memories are still outsized and always will be. It never gets old.