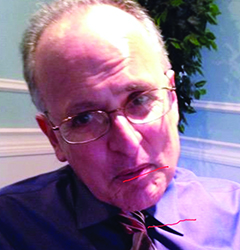 With a love for radio, Mr. White — whose father had built him a radio station in the basement of their house — worked as a disc jockey for most of his life in New England, Illinois, and at WRNJ radio in Hackettstown.

He also enjoyed sailing and the beach.

He had survived Hodgkin’s disease and other medical conditions.

He is survived by his wife, Shari; six sons, Seth (Faith) of New York City, Mitchell of Brooklyn, Jason of Parsippany, and Daniel, Jonathan, and Stephen of Rockaway; two brothers, Clarke and Scott; and a sister, Cindi White.

Services were held April 22 with arrangements by J.L. Apter Memorial Chapels of Dover. Memorial contributions may be made to the Covid-19 appeal at United Nations Population Fund (friendsofunfpa.org).