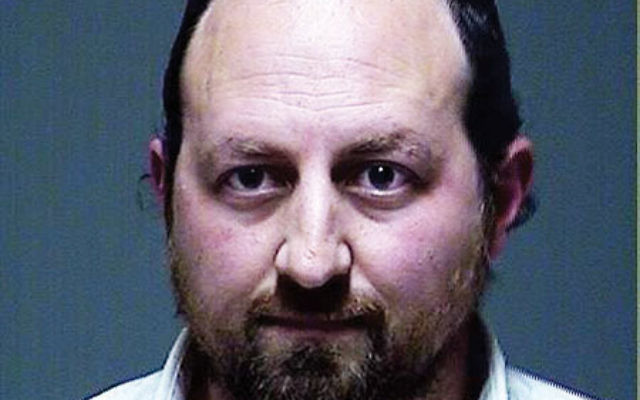 A teacher at Shalom Torah Academy in Morganville and director of the Twin Rivers chapter of the National Council of Synagogue Youth (NCSY) is being held in the Mercer County Correctional Center for the alleged sexual assault of a 12-year-old boy.

According to a press release from acting Mercer County Prosecutor Doris M. Galuchie and East Windsor Township Police Chief James A. Geary, police were recently made aware that Chinn allegedly touched the victim inappropriately on one occasion. A report on NJ.com noted that the prosecutor’s office did not elaborate on why the victim was at the rabbi’s home; another on NJ1015.com wrote that it was unclear if the boy was a student at Shalom Torah. The police contacted the Mercer County Prosecutor’s Special Victims Unit and the agencies conducted a joint investigation. Prosecutor’s office spokesperson Casey DeBlasio told NJJN that a detention hearing was held April 26 in Mercer County Superior Court where a judge ordered Chinn held.

NCSY, the youth movement affiliated with the Orthodox Union, immediately placed Chinn on leave pending the results of the investigation. An NCSY New Jersey website that had listed him as “Twin Rivers Director” was taken down some days later. In a statement released shortly thereafter, NCSY wrote that it was “shocked” to learn of the arrest.

“The safety and well-being of NCSY participants is the organization’s utmost priority at all times,” according to the statement. “NCSY has zero tolerance whatsoever for improper or illegal behavior. Toward that end, NCSY maintains robust policies and procedures for its entire staff, including appropriate behavioral standards, criminal background checks, and an ombudsmen hotline that is checked multiple times daily, and extensive staff training. Any and all complaints are thoroughly investigated by seasoned professionals, who at all times are prepared to refer matters to the criminal justice system.”

Chinn had been affiliated with NCSY for 15 years, during which time the organization said it had not been made aware of any complaints about his conduct.

Avital Chizhik, director of media strategy for the OU,  said  the “first priority was to send a letter out to parents.” She said an interim advisor will be appointed in Chinn’s place and NCSY will cooperate with the investigation.

Chizhik and NCSY New Jersey regional director Rabbi Ethan Katz will hold an event in East Windsor on May 4 to discuss the situation with parents and youth in the community, and to respond to any questions or concerns they might have. Katz also said he will be in contact with local religious and lay leaders and will be prepared to discuss future programming.

NCSY adopted strict standards of conduct in the wake of a scandal involving Rabbi Baruch Lanner, the former principal at Hillell Yeshiva High School in Deal and later the NJ regional NCSY director. In 2000, Lanner resigned from the OU following a New York Jewish Week report documenting his long history of emotional and sexual abuse of young people of both genders. In 2002 he was convicted of molesting two girls at the Deal school and served three years of a seven-year sentence beginning in 2005 before he was released on parole in 2008.

A subsequent investigation by the OU found the abuse had gone on for decades and had been covered up by religious authorities. The organization now has an extensive manual of conduct, standards, and behavior, last updated in September, which includes detailed descriptions of inappropriate actions that constitute sexual harassment or abuse. According to the statement, it’s commitment to the “physical, psychological, and emotional well-being of all NCSY professionals, volunteers, and NCSYers is non-negotiable.”

“In both word and deed, all persons involved with NCSY are expected to comport themselves according to halakhic [Jewish law] standards regarding modesty and matters of a personal or sexual nature. Moreover, involvement with NCSY demands a commitment to refrain from any action or word that is injurious or demeaning toward a person of the same or opposite gender.”

The school’s website had listed him as a youth advisor and instructor for sixth- and seventh-grade boys. The entire staff listing has since been taken down and the school failed to return repeated calls for comment.