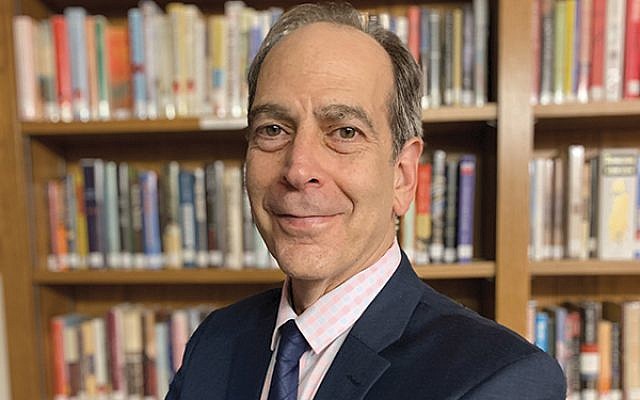 Almost nine years ago I started logging every book I read. Partly it was a memory aid: Until then I would often forget that I had actually read a certain book, and certainly wouldn’t remember when (unless there was an unforgettable connection between book and place, like reading “Moby Dick” on your honeymoon, which is something I did). I also wanted to goad myself into reading more.

The exercise is also a helpful way to look back on your own year and see in what ways the life of the mind and the stuff of everyday living inform or contradict one another. I took a look at the Jewish-themed books I’ve read in 2019 (so far), and noted a few patterns. There’s a lot more nonfiction than fiction. I kept returning to 20th-century tragedies and conflicts. Most of the books I read don’t have Jewish themes.

This isn’t a “Best of 2019” list — most of these books weren’t even published this year — but just some of the best Jewish books I read in the past 11 months:

I was in Israel in April, and since the trip was going to take me into the West Bank I thought it important to look at the situation there from all sides. I called it my “Background/Foreground Tour”: some books put the Israeli experience at the center, others the Palestinian perspective. “Killing a King” by Dan Ephron and “Pumpkin flowers” by Matti Friedman were in the former category: Ephron’s riveting book looks at the political climate that preceded the assassination of Prime Minister Yitzhak Rabin by a Jewish extremist, and recreates the crime in forensic detail. Friedman writes about his own experiences as an Israeli soldier in southern Lebanon fighting “a long, hopeless war against a weaker but more determined enemy for unclear and ultimately unattainable goals.” Both books describe and anticipate the political realignments that got Israel to where it is today.

The Jewish experience slips deep into the background in Isabella Hammad’s “The Parisian,” a 2019 historical novel set mostly in and around Nablus in the early part of the 20th century. The protagonist is the Paris-educated son of a Palestinian textile manufacturer who is drawn almost reluctantly into the nationalist struggle against the nascent Zionist movement. It’s essential reading for Jews who want to understand the other side of what Israeli scholar Micah Goodman calls “the fractured Jewish-Palestinian conversation.”

For another view of Israel I turned to “The Art of Leaving,” Ayelet Tsabari’s 2019 memoir of growing up Yemenite in Israel, breaking bad-ish in the Far East, and moving to North America for a literary career. Tsabari is generous in depicting a Mizrachi community trying to hold onto its traditions under the pressures of Israel’s fully Westernized society, and unsparing in describing her painful decision to put an ocean between herself and her home country.

Leaving Israel, I got on a Hannah Arendt kick after enjoying “The Three Escapes of Hannah Arendt,” a biographical portrait of the German-Jewish philosopher by cartoonist Ken Krimstein. Krimstein uses the tools of the graphic novel to humanize a writer and survivor who is often portrayed as forbidding and unforgiving, especially in her treatment of fellow Jews caught up in the maelstrom of the Holocaust. That led me to finally read “Eichmann in Jerusalem,” Arendt’s account of the 1961 trial of the Nazi war criminal, and it didn’t take me long to see why the book proved so polarizing when it was published in 1963. Deborah Lipstadt looks back in “The Eichmann Trial,” published in 2011 as part of Schocken’s Jewish Encounters series, and renders harsh judgment on Arendt for downplaying Jewish resistance during the Holocaust and seeing “symmetry between the Nazis and their victims where there was none.”

An inspiring story of resistance is told in “The Book Smugglers,” David E. Fishman’s 2017 account of the “Paper Brigades,” the partisans and scholars who smuggled rare, priceless Jewish texts out of Vilna, eluding the Nazis who hoped to open their own library dedicated to the “vanished” race. The book includes moving portraits of two Yiddish poets, Shmerke Kaczerginski and Abraham Sutzkever, and gave me a new appreciation for the miracles, accidents, and tragedies behind the treasures that ended up in the YIVO Archives and Library in New York.

Like “The Book Smugglers,” Steven Zipperstein’s “Pogrom: Kishinev and the Tilt of History” is a work of history that moves at the breakneck pace of a thriller. Zipperstein seeks the truth behind the much-mythologized Kishinev pogrom of 1903, in which 49 Jews were murdered and countless more raped and injured. He dissects the influence of Hayim Nahman Bialik’s famous poem about the massacre (in which Bialik, like Arendt decades later, taunts the Jewish men as cowardly), and explores how the pogrom inspired both the creation and distribution of “The Protocols of the Elders of Zion” and the founding of the NAACP.

Finally, I can’t say enough good things about “If All the Seas Were Ink,” Ilana Kurshan’s 2017 memoir about her seven-year course of study of the entire text of the Talmud. The book is a primer on the delights and preoccupations of rabbinic Judaism, as well as a very personal tale of a young woman’s romantic downs and ups during a tumultuous near-decade in Jerusalem. It’s also a helpful introduction to next month’s Siyyum Hashas — a global celebration of those who complete the study of the entire Talmud – and an invitation to others to taste the possibilities of Jewish reading and learning.