A woman drives past a closed Ben & Jerry’s store in Yavne, south of Tel Aviv, on July 23. (Ahmad Gharabli/AFP via Getty Images)

The State of New Jersey put Unilever on notice last week that it intends to divest itself of its investments in the multinational consumer goods company.

The move comes as a result of the New Jersey state treasury determining that the announced policy of Unilever’s ice cream subsidiary Ben & Jerry’s Homemade Holdings Inc. to end sales in Israel’s West Bank settlements constitutes “a boycott of Israel or companies operating in Israel or Israeli-controlled territory,” in the language of New Jersey’s 2016 law prohibiting investment of pension and annuity funds in companies that boycott Israel or Israeli businesses. The law — S 1923 — was sponsored by state Senators Loretta Weinberg (D-Dist. 37) and James Beach (D-Dist. 6).

“I could not be happier,” Jason Shames, the CEO of the Jewish Federation of Northern New Jersey, said. “This is exactly why — seven or eight years ago — we launched an effort to get a bill like this put on the docket in Trenton.” That effort paid off in the 2016 law.

“Our Jewish federations welcome the Treasury Department’s finding,” Dov Ben-Shimon, CEO of the Jewish Federation of Greater MetroWest, said. “I’m deeply proud that our federations led the charge in calling for this move.

“This decision by Ben & Jerry’s was a blatantly shabby and unfairly biased move, singling out Israel, and doing nothing for peace or goodwill,” he continued. “I’m proud that New Jersey is a state that stands up for fairness and decency.”

In July, Ben & Jerry’s announced that as “it is inconsistent with our values for Ben & Jerry’s ice cream to be sold in the Occupied Palestinian Territory,” it would not renew its license with its longstanding Israeli manufacturing partner, AQP, which was unwilling to stop distributing its ice cream in Israel’s Jewish West Bank communities. Ben & Jerry’s said at the time that it planned to “stay in Israel through a different arrangement.” AQP’s CEO, Avi Zinger, has argued that such an arrangement limiting Ben & Jerry’s distribution to Israel’s internationally recognized boundaries would be illegal under Israel’s 2011 Law for Prevention of Damage to State of Israel through Boycott

Mr. Khan said he reached his decision in consultation with Institutional Shareholder Services, the firm hired by the state to maintain its list of companies that support BDS, as well as the state’s list of similarly verboten companies that have sanctionable ties to the Sudanese and Iranian governments. (The fourth category of companies for which New Jersey is required to stay clear of when investing are those in violation of the MacBride Principles concerning fair employment practices in Northern Ireland.) Ironically, ISS provided the research that led Danske Bank, the first company sanctioned under New Jersey’s anti-BDS law, to divest from two Israeli companies.

Unilever has 90 days to ask the state formally to change its mind.

Absent an appeal, at the end of those 90 days, New Jersey no longer will invest in Unilever, and will begin the process of selling its $182 million stake in the company; that stake represents a bit more than one thousandth of the company’s $140 billion market valuation.

“Unilever can say that Ben & Jerry’s is operated independently, Ben & Jerry’s can say all it wants that it is not about boycotting the State of Israel, only fighting for social justice, but the State of New Jersey is clear that it’s a BDS move and quite frankly anti-Semitic,” Mr. Shames said. “Nobody sees Ben & Jerry’s boycotting China, where they’re committing genocide against the Uyghur.” (While Unilever operates in China, Ben & Jerry’s does not; its Israeli factory, in Be’er Tuvia near Ashdod, is reportedly one of only two Ben & Jerry’s ice cream plants outside the United States.) 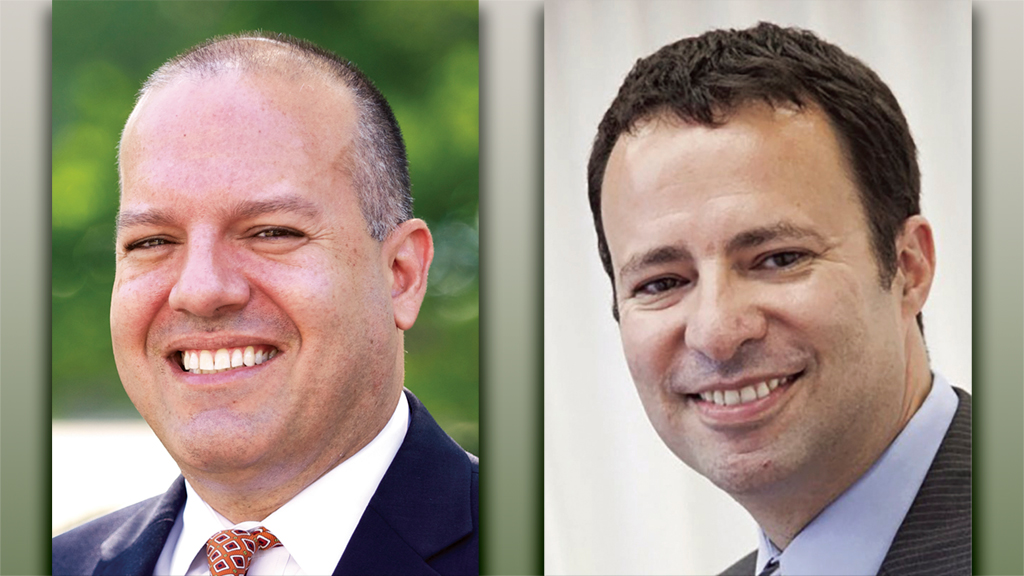 Mr. Shames noted that he had testified in Trenton on behalf of the 2016 law. “I consider this personally one of the most rewarding phases of my career,” he said. “Kudos to the lawmakers who passed this law.”

Support for the New Jersey decision also came from the Conference of Presidents of Major American Jewish Organizations, whose leaders issued a statement commending Governor Murphy and the New Jersey Department of Treasury Division of Investment for their determination.

“We again call on Unilever, whose North American headquarters is located in New Jersey, to exercise its contractual right to overrule the discriminatory decision of the Board of its Ben & Jerry’s subsidiary,” they wrote. The headquarters is in Englewood Cliffs.

Statements issued by the Presidents Conference leadership do not require discussion or debate by the Conference’s 51 member organizations. And one member organization, Americans for Peace Now, came out in strong opposition to the state’s plans to divest from Unilever, and last week expressed its objections in a letter to Mr. Khan.

“As a pro-Israel American Jewish organization that cares deeply about Israel’s future, we object because this step undermines efforts to enable Israel to live in peace and to maintain its character as a democracy and a Jewish state,” Hadar Susskind, Americans for Peace Now’s president and CEO, wrote. He said that the anti-BDS law “and the decision to uphold this law undermines efforts to achieve a peaceful and just resolution to the Israeli-Palestinian conflict. By applying the same standard of treatment to the territories captured in 1967 as it does the state of Israel, this law undermines the distinction between the two, contributing to the erasure of the Green Line and leading Israel down the path to apartheid.

“The United States does not recognize the Israeli settlements in the West Bank and East Jerusalem as part of the state of Israel. For a future two-state solution to the Israeli-Palestinian conflict, and, indeed, for the future of Israel as a democracy and a Jewish state, it is vital that the distinction between sovereign Israel and the settlements be maintained.

“The law is a clear attempt to conflate Israeli settlements with Israel and is a divergence from longstanding bipartisan US foreign policy. I urge you to reconsider your decision to divest public pension funds from Unilever PLC.”

Following the Ben & Jerry’s announcement, Israeli Prime Minister Naftali Bennett warned Unilever that Israel would take “strong action.” But while the Israeli foreign ministry made a strong push in the United States to bring existing anti-BDS laws to bear against the company — including hosting conference calls in which New Jersey federation leaders participated — Israel does not yet seem to have acted against Unilever at home.

Unilever began operating in Israel in 1938, according to a website, “Invest in Israel,” produced by Israel’s Ministry of Economy and Industry. The website promotes Unilever as an example of successful investment in Israel, noting that “85 percent of the company’s products marketed in Israel in four manufacturing sites throughout the country. In addition to local production and marketing, Unilever-Israel exports tens of millions of shekels annually, including products to the kosher market in the United States, France and other countries.

“Unilever is collaborating closely with Israeli academy and a number of government ministries in Israel. For example, in 2015 Unilever signed The Multinational Corporations Agreement with the Israel Innovation Authority, which results in cooperation between Unilever and the innovation ecosystem in Israel regarding R&D. In addition, Unilever operates an innovation center in Israel dedicated to locating, examining, and adapting local innovation into the company and its various brands.”

It added that “Unilever Israel factories established in the periphery have a significant economic and social impact on their surroundings.”

Telma, a well known brand of food in Israel, is among Unilever’s holdings there.

“We contacted our investment adviser last week,” Mr. Shames said. “We have a general policy that we do not wish to invest in companies that promote or participate in BDS.”

Since his federation’s endowment portfolio of roughly $65 million is invested in mutual funds rather than individual stocks, ascertaining which funds invest in Unilever is not a simple task.

Mr. Shames said that when he was senior vice president at the Jewish Federation of South Palm Beach County, that federation passed a policy in 2004 or 2005 to divest from any company that invests in Iran.

“It took months,” he said. In the end, it turned out that one percent of the federation’s portfolio was invested in a mutual fund which had one percent of its holdings in a French company that was doing business with Iran.

“It took time to do that homework,” he said. “We ultimately sold that fund and invested in something else.”