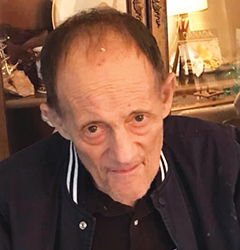 Roger Alan Sachs of West Orange and West Hartford, Conn., died April 11, 2020. Born in Newark, he lived in West Orange for the majority of his life before moving in January to Connecticut.

Mr. Sachs worked as a clinical social worker for Jewish Family Service of MetroWest NJ, starting his career there in 1972 and retiring in 2014. During his time there, he started and ran the Homemaker Program and was also the director of family support services. After retiring, he continued to work part-time for Jewish Family Service of Somerset, Hunterdon, and Warren Counties until 2018. A plaque was placed in his honor at JFS as a tribute to his long service to the community.

He was an active member of Temple Sharey Tefilo-Israel in South Orange, where he volunteered on the adult education committee.

Predeceased by his wife of 51 years, Sharon, in December 2019, he is survived by his daughter, Stacy (Robert); his son, Marc; and two grandchildren.

Arrangements were handled by Bernheim-Apter-Kreitzman Suburban Funeral Chapel, Livingston. Memorial contributions may be made to JFS of MetroWest or Jewish Family Service of Somerset, Hunterdon and Warren Counties, Somerville.