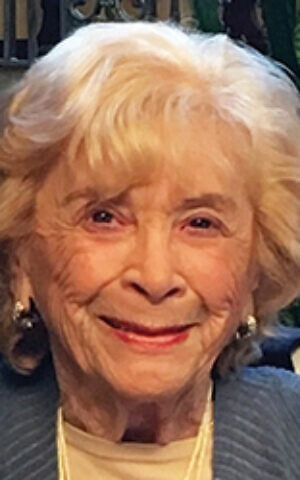 Rose Feldman (Landwirth), 98, of Livingston died March 31, 2020. She grew up in West Orange, lived in Union, and was a resident of Livingston for over 50 years. She and her husband Bernard spent many winters in Delray Beach, Fla.

Mrs. Feldman began playing the violin at age 8 and played her final concert at age 97. She played in the Metropolitan Orchestra of NJ, formerly the “Y” Chamber Orchestra, for 48 years; and also ran the orchestra for several years. She also worked for the League of Women Voters, Jewish Federation, and in the dental office of her husband and son, Drs. Bernard & Paul Feldman.

She was a member of Temple B’nai Jeshurun in Short Hills. She also enjoyed cooking and was an avid bridge player.

Predeceased by her husband, whom she married in 1947, she is survived by three children, Barbara, Elliot, and Paul (Perri); and two grandchildren.

Services were held April 1 at B’nai Abraham Memorial Park. Memorial contributions may be made to the Metropolitan Orchestra of NJ, P.O. Box 155, Livingston, N.J. 07039.