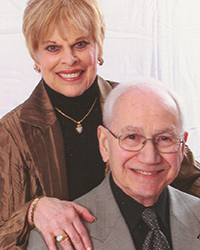 Mr. Raitt was born in Brooklyn and had lived in Great Neck, N.Y., before his marriage. He attended University of Michigan, Hobart College, and New York University. He was a career entrepreneur and sales executive.

After marrying in 1967 the couple moved to West Bloomfield, Mich., where they lived for 50 years before returning to New Jersey in 2016.

Mrs. Raitt was raised in Newark, where she attended Weequahic High School. She graduated from Fairleigh Dickinson University and earned a master’s degree from Wayne State University.

She was a teacher, entrepreneur, sales executive, and career coach.

A volunteer and community activist, she led the establishment of a dog park in West Bloomfield.

She became a passionate student of Reform Judaism later in life. She was an active member of Temple Shir Shalom in West Bloomfield and later Temple Ner Tamid in Bloomfield.