Opera lovers who get to see the world premiere of Ricky Ian Gordon’s “The Garden of the Finzi-Continis” will owe a debt of gratitude to a certain Mrs. Fox and Leonard Bernstein.

The opera, based on Giorgio Bassani’s novel, is the first collaboration between the New York City Opera and the National Yiddish Theater/Folksbiene. It opens on January 19, and runs through January 30 at the Museum of Jewish Heritage — A Living Memorial to the Holocaust in lower Manhattan.

The historical novel, “The Garden of the Finzi-Continis,” the basis for the Academy Award-winning film, is the story of an aristocratic Jewish Italian family whose members mistakenly believe that their wealth and prestige make them immune to Nazi anti-Semitism.

Mr. Gordon grew up on the South Shore of Long Island. Both his parents were first-generation Americans. In fact, his mother Eve’s first language was Yiddish, and she was something of a celebrity singer/comedienne on the Borscht Belt circuit. And of course the house had a piano, and Ricki took lessons from the aforementioned Mrs. Fox.

“I had a best friend, Peter Randsman, and we’d go to each other’s piano lessons,” Mr. Gordon said. “Mrs. Fox had a book on her bookshelf. I pulled it out during Peter’s lesson, and it was called ‘The Victor Book of the Opera.’

“I can’t explain it. It was almost like Harry Potter and there was smoke and light when I pulled it out.

“And when she saw the way I was looking at the book, she gave it to me. On one page it would have the story of the opera and on the next page would have a photograph of a production from the Met. I can’t recall being so obsessed and taken with something so instantly. By the end of that lesson and looking at that book, it was predicting what my life would be about, although I did not know it at that moment.”

That day, that lesson, that book not only provided Mr. Gordon with a career path but may have saved his life.

“I’ve had some destructive tendencies,” he said. “I’ve been through a lot in my life. If it wasn’t for the containment and sort of the charisma of the word opera, I’m not even sure I’d be alive. Aiming my boat at that sort of thing has somehow kept me from going off the cliff. Drugs. Alcohol. Everything. I had a lot of issues. But wanting to write opera, wanting to make something beautiful in the world, was a very strong impulse. And eventually it won out.” 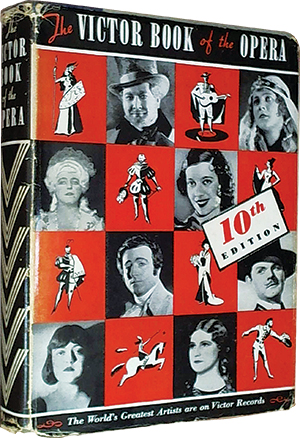 Although he writes in other genres, he has completed 15 operas in a row, including “Intimate Apparel,” which also opens this month at Lincoln Center.

I asked Mr. Gordon if he thinks he would have written “The Garden of the Finzi-Continis” if he were not Jewish.

“No, I don’t,” he said. “Though we were not particularly observant Jews — meaning we were a little bit High Holiday Jews, you know what I mean? — Jewishness is all throughout me. I’m infected with Jewishness. I wrote an opera called “Morning Star” that was about the Triangle Shirtwaist Factory. We did a production at the Eldridge Street Synagogue a few years ago and it ended with the Kaddish — and the Kaddish was for my father.

“‘The Garden of the Finzi-Continis’ ends with a huge chorus of the Hashkiveinu for all the Jews of Europe. It’s very much in me. It’s not the only thing I write about, but it is certainly a very strong strain in my music.”

The partnership between the New York City Opera Company and the Folksbiene was brokered by Zalmen Mlotek of Teaneck. Mr. Mlotek’s family has long been involved in the Yiddish world. His father, Joseph, was the educational director at the Workman’s Circle and an editor of the Forverts, and his mom, Eleanor Chana Mlotek, was active in the Jewish music world.

But Zalmen found himself going in a different direction. He went to Juilliard, where he studied under the aforementioned Leonard Bernstein. As Mr. Mlotek recalls: “I grew up in this household where everything Yiddish passed through my parents. That was the family business — but I always had aspirations to conduct opera and theater musicals.

“One day, after a concert at Tanglewood, Bernstein asked me what I was going to do with my life. I told him. And he said to me, ‘Who needs another Verdi conductor? You know your [Jewish] music better than anyone else.’

“Fearing (not hearing?) those words from Bernstein plus several thousand hours on an analysts’ couch examining my roots and these other aspirations, I comfortably arrived at the conclusion that I have a mission. And that mission is bringing the riches to as many people as I can.’”

About two years ago, the Folksbiene was approached with the possibility of collaborating on this production. “We read it” Mr. Mlotek said. “We liked it. And the idea of a co-production was exciting for us.”

Although the Folksbiene had what Mr. Mlotek calls “a groundbreaking experience” with its recent production of “Fiddler on the Roof” in Yiddish, he understands “it’s a challenge to bring people in to see a production in Yiddish on the scale we present.”

So he shifted his goals slightly. “In the spirit of the Jewish Repertory Theater and Stanley Brechner,” its artistic director, “we feel a responsibility also to present pieces that illuminate the Jewish experience in whatever language while remaining firmly committed to Yiddish programming.”