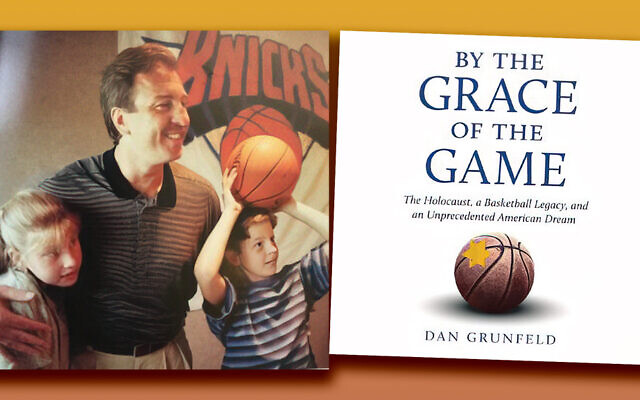 Former NBA star player and executive Ernie Grunfeld is the only athlete in NBA history whose parents survived the Holocaust. His son, former professional basketball player Dan Grunfeld, has written a new book, “By the Grace of the Game,” about his family’s history, and the profound impact that basketball has had in their lives. Ernie Grunfeld was 10 years old when his family immigrated to America from Communist Romania; back then, he did not speak any English and had never touched a basketball. About 10 years later, he stood on the podium as an U.S. Olympic gold medalist.

The Allen and Joan Bildner Center for the Study of Jewish Life at Rutgers University will sponsor a virtual program, “The Holocaust, a Basketball Legacy, and an Unprecedented American Dream,” on Wednesday, March 23, at 7 p.m. The annual Abram Matlofsky Memorial Program is supported by the Karma Foundation. Dan Grunfeld will discuss his family’s history and American story in conversation with his father, and Craig Karmazin, CEO of Good Karma Brands, a sports media and marketing company, and grandson of Abram Matlofsky.

Registration is required at BildnerCenter.Rutgers.edu.