EAST RUTHERFORD, NJ - JANUARY 01: Orthodox Jews sing and dance during the 13th Siyum HaShas, a celebration marking the completion of the Daf Yomi, at the MetLife Stadium on January 1, 2020 in East Rutherford, New Jersey. Security was tightened at the event, where the Talmud is read in its entirety, after a rise in anti-Semitic incidents in the area. (Photo by Eduardo Munoz Alvarez/Getty Images)

Years ago, we visited the Football Hall of Fame in Canton, Ohio, as a stop on a road trip with our boys. The New York Giants had won the Super Bowl that season, and though I don’t follow the sport, I teared up while watching the stirring museum video about the championship game.

I experienced the same wave of emotion this past New Year’s Day when I attended the 13th Siyum HaShas at MetLife Stadium. The siyum celebrates the completion of the Daf Yomi (literally “daily page”), a worldwide cycle of Talmud study initiated in 1923 by Rabbi Meir Shapiro of Lublin. Marked by moving speeches, singing, and prayer, the event is a milestone for those who learned the entire Talmud — one page a day for roughly seven-and-a-half years.

You might wonder how I could correlate the experience of holy Talmud study with the earthly one of the Super Bowl, beyond the fact that the recent Siyum HaShas took place where the Giants play. The simple answer is that I was always certain I’d never be more than a spectator of both.

Like the other 90,000 people in the stadium that day, I came to celebrate the completion of the Daf Yomi cycle and was moved by the spiritual power of a communal event that connected Jews from different backgrounds around the globe. But I had no real personal experience of the Talmud, just a brief exposure to it in a Jewish literature class I took decades ago. The volumes on our shelves at home belong to the men in the family, and curiosity has never moved me past the binding.

On the way home, I thought about how I might start the daily study of a Jewish text on my own, though I had no idea which or how. By evening, I decided it would be the Daf Yomi. By dawn, I’d downloaded an app that transports me into a discussion of that day’s page, with explanations of the basics — For example, who are the different rabbis? What periods were they debating in? — for listeners like me who haven’t done this before.

Each morning after everyone else has left the house, I dive in. It’s as close as I’ll get for now to taking a book of Talmud off the shelf, though I admit it’s not the same as sitting with my head bent over a heavy volume, my learning partner sitting across from me at the table. But it’s an opportunity to enter what is for me a new holy space, and it feels like a good place to be.

Just days after the siyum at MetLife, more than 3,300 women and men gathered in Jerusalem at the first-ever women’s Siyum HaShas. In a video from the evening, women — Torah scholars, leaders, and teachers — spoke about the importance of being a part of this life-changing moment in Jewish time, one that has forever altered the landscape of Talmud study. Those who finished the Daf Yomi cycle then took to the stage to recite the moving prayer of completion, calling upon God to make the words of Torah sweet in their mouths, while I, watching on my phone, began to cry. 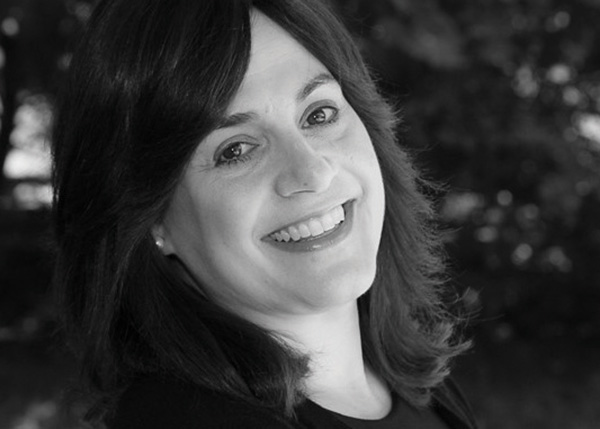 To be honest with myself, seven-and-a-half years is a long time. I hope God will bless me with life and health, as well as the stamina and inspiration to want to listen in on a discussion about a new page each day. Maybe I’ll up my game at some point, but for now my approach is meaningful to me, and certainly better than none.

Judging by the availability of apps and discussion groups on social media, I’m not alone. Rabbi Lord Jonathan Sacks, in the video from the women’s siyum, pointed out that it’s a wonderful era in which the doors of the House of Study have been flung wide open. Men and women who never or only sporadically participated in Talmud study before are eager to join this Super Bowl of Jewish learning, to find their place in the volumes that are our legacy as a people.

I am writing this on the 11th day into the cycle, which feels like a drop in the deepest sea. But I already know this: While the siyum at MetLife revealed a longing inside me I did not know existed, the women’s Siyum HaShas in Jerusalem convinced me that fulfillment is somehow within reach.

As Charlie says in “Flowers for Algernon,” “There are so many doors to open. I am impatient to begin.”

Merri Ukraincik of Edison is a regular contributor to NJJN. Follow her at merriukraincik.com.