Rabbi Dr. Yakov Nagen speaks to students during a trip to China.

The Jews are the people of the book, and the people’s first book was the Torah, Rabbi Dr. Yakov Nagen said.

“Because of that, we have lost our ability to touch that very fundamental source.”

That’s something that Rabbi Nagen wants to change; in his book, “The Soul of the Mishna,” he works on “Making the Mishna Meaningful,” as the subtitle tells us.

(Rabbi Nagen will talk about his book during and after Shabbat in Teaneck; there is enough time on Saturday night for people from other towns to get to his talk. See box.)

“I am trying to regain this cornerstone of Judaism,” Rabbi Nagen said.

Although it’s often seen as curt, dry, clipped, a just-the-fact summary, “the Mishna is a very deliberate creation,” Rabbi Nagen said. “I am trying to look at it with new eyes, using literary techniques and always searching for meaning.”

This already has happened with the study of Torah, he added; although the Torah once was seen mainly as a source of talmudic proof-texts, “in the last generation, particularly in Israel, the study of Tanach” — that is, all of the Torah — “has become a search for meaning and significance, as has always been the case for the Talmud. But the study of Tanach has become much more exciting and dramatic and influential than it had been.”

Just as “different approaches and technologies” have brought new light to the Tanach, so too can that happen with the Mishnah, “despite its brevity,” he said. “Carefully and diligently noting different literary patterns, looking beyond what is visible to see what statements are being made about fundamental issues, looking for meaning in a text that many have studied but usually as a means to get to the Talmud – this hasn’t been done.”

But it should be. “The Mishnah is a work of art,” Rabbi Nagen said.

Rabbi Nagen is Orthodox, and his book is aimed at the Orthodox world — but at the rest of the Jewish world as well, he said. “When the book came out in Hebrew, I was happy that it was put out by Israel’s largest publishing house” — Dvir — “which is neither Orthodox nor religious. “I feel that this should be part of the heritage of Judaism in general.”

The book’s endorsers included both Rabbi Dr. Benny Lau, the somewhat unorthodox Israeli Orthodox rabbi who is also a community leader and activist, and Dr. Ruth Calderon, the pluralistic scholar and politician; both have reputations as unusually deep and flexible thinkers. 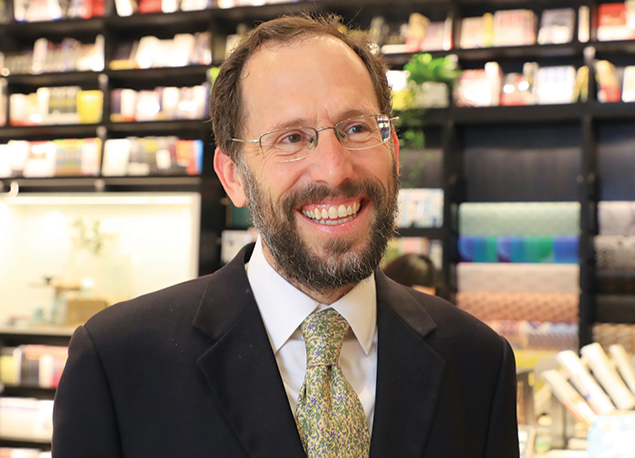 Rabbi Nagen looks at the Mishnah as a work of literature. “It uses many literary structures,” he said. “It uses wordplay. There is constant intertextual dialogue with the Tanach,” which is the only work that came before it, and therefore the only work available for such a dialogue.

“It takes on a lot of issues, including gender,” he said.

For example, the women of Jerusalem dance on Tu b’Av, as many people know. “It often is seen as a way to find a husband,” Rabbi Nagen said. “But in the Mishnah, the dance is also on Yom Kippur.

“To show what it really is about, I show that the chapter is an interplay with Shir HaShirim,” the Song of Songs, “in which you have the beloved looking for the dodi,” the lover, “which is understood as the Jewish people’s love story with God.

“On Yom Kippur you also have the cohen hagadol” — the high priest — “enter the beit hamikdash,” and from then go into the inner sanctum, the Holy of Holies — “but what makes the day special is the dance of the women.

“One Mishnah, in the tradition of pairs of rabbis arguing, is about Hillel and Menachem. You have heard of Hillel, but not of Menachem. But Menachem didn’t argue with Hillel, so Shammai entered to do his job.” The Mishnah just tells us that Menachem went out, and then there was Shammai. There was no explanation; that was left for the Talmud. “The Mishnah is minimalistic,” Rabbi Nagen said. “There’s a word here, a word there, that could make a point without being explicit.”

It’s more direct, more specific, “less poetic, less romantic,” but its very specificity allows it to be useful, he said.

Rabbi Nagen comes to this project with a wide background that allows him to see both specificity and romantic sweep.

He was born in 1967 in Manhattan and grew up as Yakov Genack; he’s related to the Genacks of Englewood; Rabbi Menachem Genack, the CEO of the Orthodox Union’s Kosher Division, is his uncle. He changed his name when he made aliyah, because “the Israelis couldn’t quite say it,” he said. “We changed it by one letter. I am proud of my family — but part of making a aliyah is having a name that can be pronounced in Israel.”

And anyway, he said, the family name originally had been Levine, but because there were two sons, one had taken the name of another family, the Ghenachofskys, to avoid the Russian draft; an only son was exempt from the draft. When the son with the not-quite-accurate Ghenachofsky name went to America, he shortened it to Genack. So Nagen was just another chapter in this book of changing names.

Rabbi Nagen’s smicha is from Yeshiva University’s RIETS; he also earned a Ph.D. in Jewish philosophy at the Hebrew University in Jerusalem. He now is the director of Ohr Torah Stone’s Beit Midrash for Judaism and Humanity, and he teaches Talmud, halacha, Jewish thought, and kabbalah at an Israeli hesder yeshiva called Yeshivat Otniel. 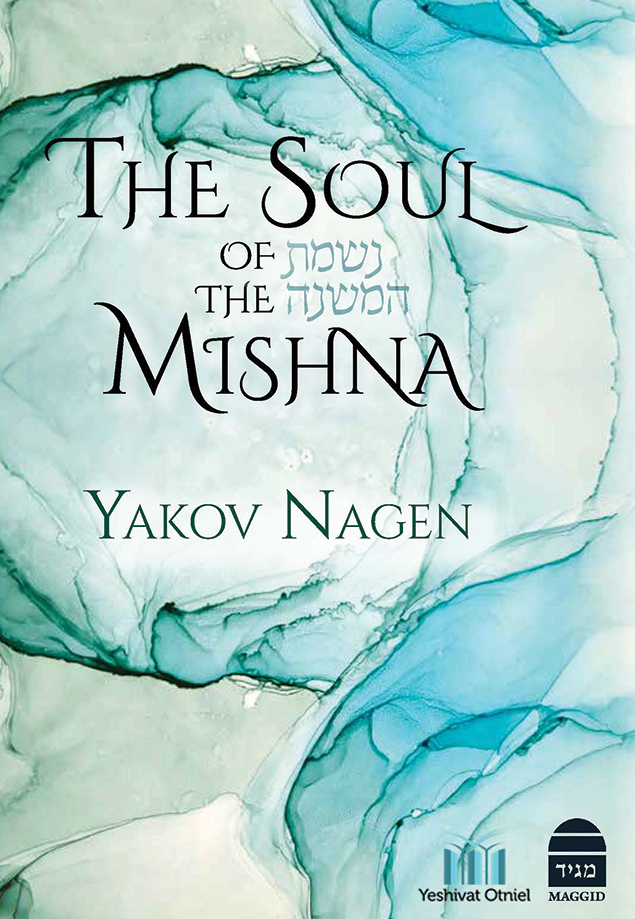 He’s also very involved in interfaith work. “I went to visit Al-Azhar University in Cairo; it’s the center of Sunni Islam, and it’s more than 1,000 years old, the oldest university in the world.”

He was there in 2016, right after his book was published in Hebrew, to discuss the Mishnah. “Because one of the most famous lines in the Koran, although most Muslims don’t know it, is from the Mishnah,” he said. “It’s even quoted as something said to the Jewish people.” The statement is “If you save a life, it is as if you save a world, and if you destroy a life, it is as if you destroy a world.

“It is a very beautiful Mishnah, and it guides us in building an interpersonal connection,” Rabbi Nagen said.

“There are four reasons why God created one person in the beginning. One is that every person is a world. The second is that you can’t say that my father is bigger than your father, because we have a common father.

“The third is about common faith, that it began with one person so there must be one divinity. And finally, the individuality of each person shows the greatness of God. We came from one person, but every person is unique, so you can say that the world was created for me.

“That was always a good conversation starter throughout Egypt.”

His trip was not actually official, Rabbi Nagen said, but given that there was only one flight from Israel to Egypt, and Israel’s ambassador to Egypt and his bodyguards were on it, it was not entirely below the radar either. It was fairly tense, as well. “It was an adventure,” he said.

He’s also been in Amman, Jordan. “I was on Royal Jordanian Airlines,” he said. “ ‘Wonder Woman’ had just come out, and it was banned in many Muslim countries. And then I saw the airline’s official magazine. Gal Gadot was the cover girl. You can’t make generalizations. Some countries were banning the movie, and some were promoting it.

“Rav Menachem Froman was one of my teachers,” he continued. Rabbi Froman lived on the West Bank, in Tekoa, and was active in interfaith dialogue, including with the PLO and Hamas. “One of Rav Froman’s great insights was that if religion is part of the problem in the Middle East, then it has to be part of the solution. He was tireless in trying to find a connection with Muslim leaders in the West Bank, to try to use religion as a force for peace and connection.

Rabbi Nagen’s interfaith work started with his interest in Eastern spirituality, he said. “My first book that came out in English was about that.” The book is “Be, Become, Bless – Jewish Spirituality between East and West.”

The relationship between all his interests is “looking for connection. When the Jewish people were in exile, we were in survival mode. That lasted for 2,000 years. Now, with half of the Jewish people in the world living in Israel, we go from survival to vision. We are looking for the meaning that can transform that reality that we are in.”

What: Will talk about his new book, “The Soul of the Mishnah”

Where and when: Rabbi Nagen is giving three talks in Teaneck on October 1 and 2, two during Shabbat, and one on Saturday night.

At an oneg Shabbat on Friday, October 1, at Congregation Bnai Yeshurun, 641 W. Englewood Ave. in Teaneck at 9 p.m., Rabbi Nagen will talk about “To Do and to Be: Judaism’s Integration of East and West.”

At a 5 p.m. lecture on Saturday, October 2, at Congregation Rinat Yisrael, 389 W. Englewood Ave. in Teaneck, Rabbi Nagen will talk about “Becoming a Non-Stop Jew: Keriat Shema in the Mishna.”

And then, at a motzei Shabbat lecture and book signing at 9:15 p.m. on October 2, he’ll give his main talk, “The Soul of the Mishna:  Making the Mishna Meaningful,”  at Bnai Yeshurun.

On Sunday, October 3, Rabbi Nagen will be at the Lincoln Square Synagogue on 180 Amsterdam Avenue in Manhattan at 7 p.m.

The community is welcome to all these talks.