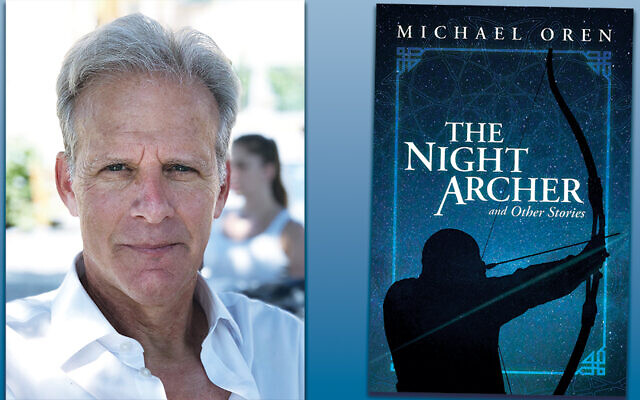 The problem with interviewing Michael Oren is you don’t know where to begin. Or where to end.

His accomplishments are so many and so varied that just listing them takes more room than an editor typically allows for entire stories.

• He grew up in West Orange and made aliyah to Israel.

• He won two gold medals in rowing at the Maccabiah Games.

• He won a PBS Young Filmmakers Award for “Comrades in Arms,” a World War I short he wrote and directed.

• He subsequently worked as a gofer for — wait for it — Orson Welles.

• He served with the Zionist underground in the Soviet Union and repeatedly was arrested by the KGB.

• He was a professor at Hebrew University.

• He was a member of Knesset for the centrist Kulanu party and a former deputy minister.

In short, Dr. Oren could have been the role model for those famous beer commercials about “the Most Interesting Man in the World.”

And yet, ironically, none of those achievements are the reason I’m FaceTiming with him.

Dr. Oren also has become a fiction writer of note. His next-to-most recent book, “The Night Archer,” out last fall, is a considerable achievement. Hadassah magazine described the work as “51 O. Henryesque short stories: compulsively readable with surprise though usually dark endings — as if O. Henry had a troubled childhood.” 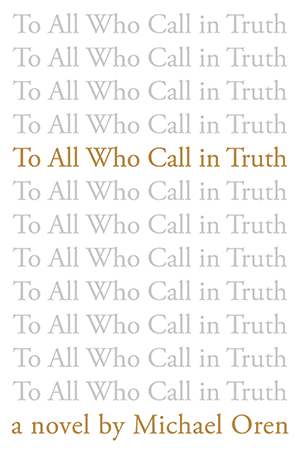 He followed that with “To All Who Call in Truth,” a novel due out in May about life and anti-Semitism. It’s set in a small American town not very dissimilar from West Orange, where he grew up.

He moved there with his family when he was 6 years old and lived in the same house until he went to college. His parents remained there until recently, when his father died. It was, by his description, “a conservative family, but an assimilated one.” Speaking via FaceTime from a friend’s house in Jerusalem, he explains that they didn’t keep kosher. “There was shrimp Tuesday, a pork chop night, and Sunday morning bacon,” he said. But he certainly was aware of his heritage, if only because he was the only Jew in a tough Sicilian neighborhood and subject to both verbal and physical abuse.

His uncle was a World War II vet. “He liberated a concentration camp and he had a photo of that in an album,” Dr. Oren said. “Every time I came home all beaten up he’d say, ‘You see. That’s why we need a strong State of Israel.’”

Dr. Oren began to study Talmud, gemarah, and Hebrew with a Chabad rabbi. After a first visit to the Holy Land sponsored by Habonim Dror, he’d regularly spend summers farming on an Israeli kibbutz. Back in the States, he received an undergraduate degree in international affairs from Columbia University and a masters and Ph.D. in Middle Eastern studies from Princeton. He advised the Israeli delegation to the U.N. and also taught at Harvard, Yale, and Georgetown.

But through it all, the politics, the military service, the professorships, there was fiction. “I was always a fiction writer,” he said. He recalls a poem he wrote when he was 12, “Who Cries for the Soul of a Pigeon?”

“It was very sad,” he said. “I was an adolescent. My first collection of poetry introduced me to the concept of rejection.”

There have been many projects and few rejections since. “I don’t come up with ideas,” he said. “They come to me.”

There were a lot of compelling ideas in “The Night Archer”. “I wanted the stories to be completely different, not a collection around a theme, war stories, or ghost stories,” Dr. Oren said. If it and “To All Who Call in Truth” don’t sell well, it may be because of the international pandemic. Typically, he said, after he writes a book he has an opportunity to promote it, on Bill Maher, on Colbert, on “The View.” “It’s difficult, especially if you’re not known as a fiction writer, to promote a book on television sitting in your office in Tel Aviv,” Dr. Oren said.

So he will have to rely on positive reviews, though critical assessment may not make much of a difference one way or the other. “The New York Times killed my last nonfiction book, but it became a best seller,” Dr. Oren said.

He’s already “finished my next novel, which I hope will come out next year.” Which works out well, since he decided not to run for re-election to the Knesset in the last series of elections. “My party sort of dissolved,” he said. “It’s not a very good time to go into politics.”

But it is a good time to talk about politics. Dr. Oren does not believe there will be a two-state solution. “It’s not going to happen because I don’t think the Palestinians are capable of making it happen. I don’t live in the world of wishes. I live in the real world. Right now, there is no way to move forward, and I think the Biden administration understands that.

“I live in Jaffa. I live with Palestinians. Palestinians aren’t the problem. It’s Iran that is an existential threat. I’m totally against the renewal of the nuclear agreement. That will lead to war, because it guarantees that Iran gets a bomb and Israel will have to stop that.”

It sounds like it all has the makings of a great novel written by an insider.