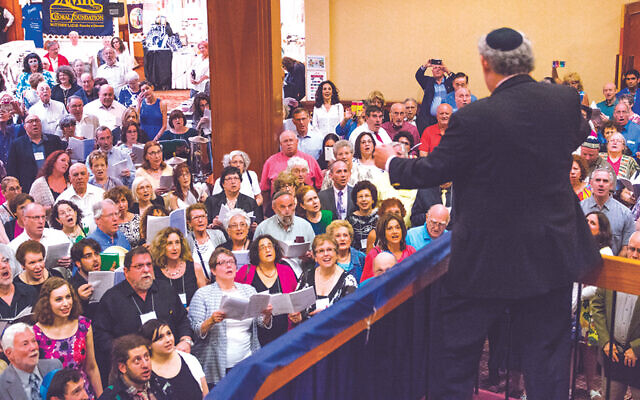 For 30 years, the North American Jewish Choral Festival has brought together singers from all over the world, immersing them in five intensive days of group singing, workshops, special concerts, and community sings.

Even last year — when covid dictated that the five-day festival be held online — the show, as it were, went on.

Opening with Lewandowski’s “Hallelujah” and closing with David Burger’s “T’filah,” last year’s virtual performances included many concerts, with highlights by visiting choirs. One of them was Shirah: Community Choir of the Kaplen JCC on the Palisades. Another featured “The Next Generation in Song – HaZamir and Zamir Noded.”

Sessions ranged from “Stay Healthy! Keep Singing!” to “The Landscape of Israel in Song” to “Weak Tea, Thin Sandwiches, and Sumptuous Music: The Salon of Sara Itzig Levy.” On the last evening, attendees were shown highlights of people honored in the past, including, among others, Dr. Ruth Westheimer, Elie Wiesel, and Theodore Bikel.

This year – squeezing everything into one day but doing it in person – the gathering will take place on July 25, at the Kaplen JCC on the Palisades in Tenafly. The festival, which will observe all current CDC guidelines, will be held outdoors, in the JCC’s tent and pagodas. Attendance has been capped at 200, and all participants must be double-vaccinated. 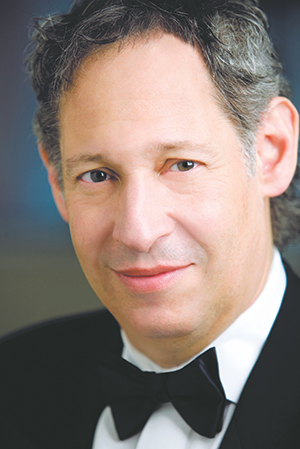 Matthew Lazar, founder and director of the Zamir Choral Foundation and the festival – perhaps better known to local readers as the founder and longtime conductor of Shirah, at the Tenafly JCC – said last year’s festival, which brought about 500 people together, went extremely well.

“People wanted to be together, and we pivoted well,” Mr. Lazar, widely known as Mati, said. “We could do workshops during the day, two in the morning and two in the afternoon. And in the evening, we could show highlights of festivals held over the past 30 years.”

But there’s nothing like being together for real, he said. This year, that dream will come true.

“We’re so eager to gather, sing, and learn together after a year and half of being apart,” Mr. Lazar said. “Last year’s virtual festival was great and widely attended online, but nothing can replace the joy and community created by choral singers being together — creating harmony once again.”

If anything, he said, the pandemic reminded the choral singers of what they were missing. It also drew more singers than ever, because travel was not an issue. The festivals attract people from, say, El Paso, or Iowa, who generally don’t have a chance to sing with other Jewish choral singers.

Such choral festivals are important, Mr. Lazar said. In addition to helping foster the growth and expansion of Jewish choral singing in North America and Israel, it fulfills participants’ needs for “singing, being together, singing together, joy, harmony — literally and figuratively and in a safe space – not to mention learning something and having fun.

“We provide those opportunities,” he continued. “There’s no place else you can get it in such an intense and fun way. When you’re singing in the lobby of a hotel and then you wake up and start again the next day with the same people, there’s a sense of community and a deep connection. You’re thinking about the same text, breathing at the same time.

He described the choir as an organism, “a paradigm of community. The weaker singers get on base. The stronger singers drive in the home runs. Everyone works together.” This creates unity, he said, overcoming differences in denominations or political beliefs. “The priority is being part of a group, forgetting individual gratification, leaving divisiveness behind.

“Even though the July 25 event is one day in New Jersey, we still have people coming from Wisconsin, Washington, D.C., and Boston, in addition to the tristate crowd,” he said. “If you hold it, they will sing — it’s their first opportunity in 16 months to sing in person.

“That’s extremely joyous and overwhelming for those singing in the Zoom world.”

Looking ahead, Mr. Lazar said that plans are well underway for next year, with dates already set for the next in-person five-day festival as well as HaZamir and Noded concerts.

“There are no words to describe how I feel,” he said. “Everybody is looking forward to it. Everyone knows what they’ve been missing.” His hope, he said, is for everyone to “hold the joy of what we’re doing and acknowledge what we’ve missed and who we’ve missed — not to forget about it or take [this] for granted.”

What: Will hold a one-day North American Jewish Choral Festival

Where: At the Kaplen JCC on the Palisades, 411 E. Clinton Ave., Tenafly

And: The day features workshops, safe community singing, learning, and a barbecue lunch. A full covid vaccination is required; registrants will be asked to upload a photo of their completed vaccination card when they sign up online.

For more information and to register for the festival, go to
zamirchorhalfoundation.org.