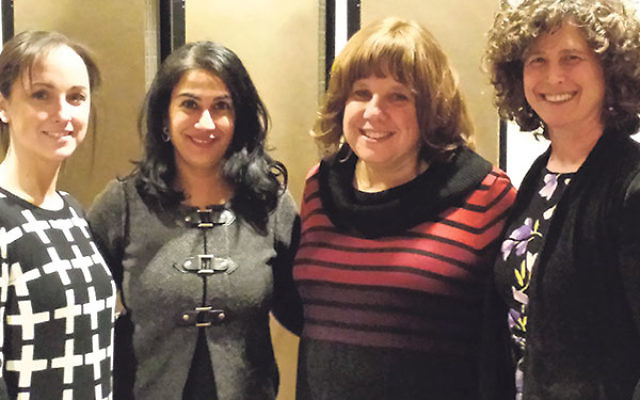 Like Nicole Brown Simpson, the murdered ex-wife of O.J. Simpson, many victims of abuse suffer in secrecy, without seeking legal recourse. But her death in 1994 and his high-profile trial helped change that. According to Shari Bloomberg, clinical director of domestic violence services at the Rachel Coalition, “It put domestic violence on the front pages. People who had never come forward began speaking out.”

Since then, she said, “the number of incidents has fallen by 53 percent, and reporting [of domestic violence] has increased by 51 percent.”

But, she said, there is still a long way to go. Those working to combat domestic violence often express frustration at how many victims either don’t seek help or, having reported abuse, then decline to seek legal protection. Court procedures can be intimidating even at the best of times.

But there is help available. Locally, the Rachel Coalition, through its Court Advocate Program, offers trained volunteers to assist victims with emotional and administrative support as they await their restraining order hearings in Essex County’s Family Court in Newark.

The organization, a division of Jewish Family Service of Metro-West, a beneficiary agency of Jewish Federation of Greater Metro-West NJ, is a partnership of nine northern NJ organizations. Since its establishment 19 years ago, the coalition has been at the forefront of efforts to combat domestic violence and help victims of abuse.

The volunteers for its court program come from different backgrounds; there are no specific requirements regarding education or legal experience, though those applying are interviewed before admission. Twice a year, the coalition provides a 40-hour training that covers the historic background, social and family issues, and legal procedures involved.

About 23 people — 20 women and three men — are participating in the current program, taking place at Bnai Keshet in Montclair. Among them are people with backgrounds in social work, information technology, and law enforcement. “I’m at a point in my life when I feel I can make a more meaningful contribution,” one woman said. “I’ve had some personal experience of these issues in my family, and I think I can be of help.”

On April 5, the evening session included a historic overview of cultural attitudes to women since prehistoric times, from their adulation as fertility goddesses to their subjugation as property as agriculture gained ground. Bloomberg, clinical director of domestic violence services at the Rachel Coalition, gave the lecture, and then showed a documentary exploring the gradually evolving legal approach to marital violence.

Comments afterwards ranged from relief at the progress made from degrading attitudes in the past to despair over current culture, and the sexualized image of girls, and acceptance of violence in entertainment. Bloomberg said, “As a society, we are seriously desensitized, and the more desensitized we are to violence, the more it needs to be hyped up.”

The next training session will be held in the fall. Those interested can contact the Rachel Coalition’s coordinator of legal services Suzanne Groisser at sgroisser@jfsmetrowest.org. Those who have already completed training can take an abbreviated version of the 40-hour program.