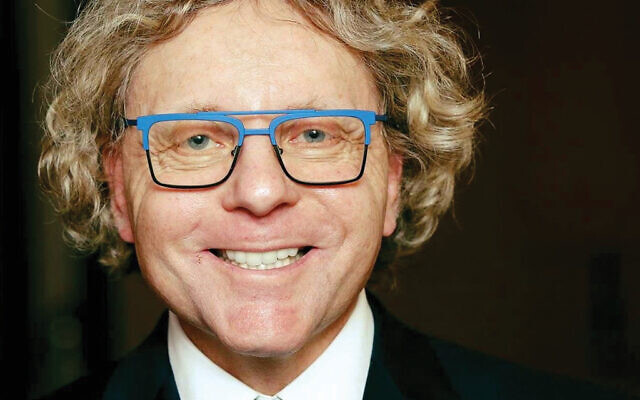 For an American president who has turned the White House into a Rose Garden-variety reality TV show, with a steady dose of “West Wing” chaos, a special counsel investigation without collusion, and a Senate impeachment trial where Joe Biden and John Bolton became quid pro quos for each other, how did Donald Trump’s “deal of the century” manage to come about in virtual silence and without scandal?

Only within the frenzied Trump administration could the Israeli-Palestinian conflict, which ordinarily commands more headlines and causes more headaches, be reduced to a negligible footnote. The president moved the U.S. embassy to Jerusalem; defunded UNRWA, along with any aid destined to reward Palestinians for murdering Israelis; shut down the PLO offices in Washington, D.C.; and blessed Israel’s decision to extend sovereignty over the Golan Heights and its intention to annex the Jordan Valley as well.

And all of that scarcely merited the world’s attention. Indeed, the Persian Gulf states were so pleased that Trump was taking the hard line against their common enemy, Iran, and with Israel starting to resemble a strategic partner, the Palestinians had outlived their usefulness as a blemish on the democratic bona fides of the Jewish state.

In Gaza, the weekly “March of Return” protests along the border with Israel in 2018, and more sporadically in 2019, were almost never the big news of the day. Meanwhile, the Palestinian Authority was becoming an afterthought — even to its own people.

For their part, the president’s “ultimate deal”-makers — senior adviser and presidential son-in-law Jared Kushner, Middle East Special Envoy Jason Greenblatt, and U.S. Ambassador to Israel David Friedman — operated out of the spotlight and, unlike so many of all the president’s other men, avoided firings, scandals, and jail sentences.

They were far more likely to blow shofars than whistles.

And this is the reason why the Palestinians — famous for missing exponential opportunities — should seriously consider this deal. It is their only way to re-enter a conversation that no longer includes them. By not accepting Trump’s team as honest brokers and choosing to skip the economic summit last summer in Bahrain that was largely for their benefit, everything that has taken place was done in their absence.

And no one seemed to miss them.

The many decades’ strategy of rejectionism has failed miserably, and the world has grown tired of it. Even an unpopular American president has not rallied nations to their defense. Their moment as the world’s most favorite refugees has passed them by. And even with all of the kangaroo-court resolutions condemning Israel in the United Nations, Israel has, improbably, never been more admired and sought after globally. Quietly, yes, but many countries now wish to be Israel’s secret friend.

And the message to the Palestinians is this: The delegitimization game only plays well on campus, or with Roger Waters and a few talentless rock bands. No one else is buying it, or rather, choosing to boycott Israel. Israel innovates too superbly, and its people are far too industrious to be rejected.

Magical thinking that the world would simply grant Palestinian statehood and impose conditions on Israel has achieved the exact opposite outcome.

This is what years of refusing to negotiate with Israel has gotten you. Magical thinking that the world would simply grant Palestinian statehood and impose conditions on Israel has achieved the exact opposite outcome. By waiting too long, a state in-waiting, attached with too many strings and a wholly discontinuous map, is now being foisted on you in a “take-it-or-leave it” gambit with no leverage or allies of your own.

Palestinian petulance has run its course. The Trump administration has done them a favor by speaking honestly, “Do you want a state, or do you wish to remain as perpetual refugees and terrorists? Choose. You can’t be both.”

A people who so quickly gather in “Days of Rage,” or to stab Israelis or mow them down in cars is not ready for prime time on the world stage. Your future will depend on whether you want a future. And that can only be demonstrated by building infrastructure, universities, and hospitals, rather than rockets and terror tunnels.

Intifadas do not lead to peace with a neighbor who is not planning on leaving the neighborhood.

As real estate industry executives, the Trump’s deal-of-the-century troika made nation-building a priority. Yes, Israel got more land to ensure its safety, but the Palestinians and Arab states received $50 billion, which is a lot of garbanzo beans for the kind of building that will lead to true Palestinian prosperity.

The Trump administration treated the Palestinians like New Yorkers savvy enough to know when they are being offered the insider’s price on a new condominium with free amenities. The problem, however, is that Palestinians have never been swayed by money — or land, for that matter. They didn’t seem to mind when Jordan occupied the West Bank and Egypt occupied Gaza. Instead, they were always fixated on dead Israelis in a vanquished Jewish state.

Now after rejecting too many earlier peace deals that would have netted them more land and immediate sovereignty, they are going to have to choose a different road to save yet another generation from stagnation and dependency. After all, a continuous strategy that finds glory only in dead Jews is not a fulfilling national project.

Thane Rosenbaum is a novelist, essayist, law professor, and Distinguished University Professor at Touro College, where he
directs the Forum on Life, Culture & Society. Follow him at thanerosenbaum.com.