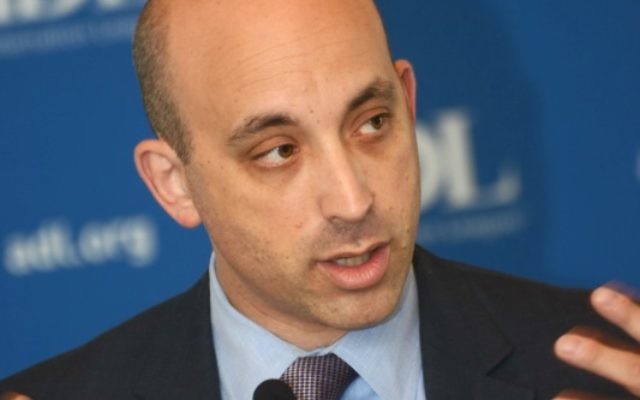 The Anti-Defamation League and the European Jewish Congress have formed a new partnership to fight anti-Semitism and join in engaging the European Union, Interpol, and other high-level organizations to cope with the increasingly hostile and dangerous climate for European Jewry.

The liaison was announced Jan. 26 at a meeting of the EJC’s General Assembly in Brussels. The organization, formed in 1986, serves as an umbrella for 42 European organization representing 2.5 million Jews.

“The union with the European Jewish Congress will give us the opportunity to take our programs and our services and our knowledge to them,” said the ADL’s CEO and national director, Jonathan Greenblatt, who replaced Abraham Foxman last July.

In a Jan.26 interview at his Manhattan office, Greenblatt told NJ Jewish News, that “although we already work with CRIF in France and the Board of Deputies of British Jews and other national groups in Europe, we now will have a chance to work with the Pan-European group.

“It will allow us to deal with communities that are dealing with so many hate crimes and communities that are struggling for their own rights and provide them with our own knowledge. I see lots of value in finding ways where we can be helpful. I don't know all the answers, but I know those folks on the ground in France or Italy to Spain or Belgium or the UK or Denmark,” he said.

Greenblatt, a grandson of a Holocaust survivor who escaped Nazi Germany, said he felt strong personal connections to the threats currently faced by the Jews of Europe – connections that were reinforced by a visit he made in November.

“The trip to Europe was very sobering,” he told NJJN.  “In Paris Jews are living with a very difficult circumstance. There is literally a sense of siege. When I visited Jewish institutions they were surrounded by soldiers. When I visited a Jewish day school it was barricaded by 15-foor walls and guarded by the French Foreign Legion. I talked with numerous foreign leaders in these communities who told me how many of them and how many of their colleagues were leaving or have already left because of fear for their physical safety.

“When we were in Brussels we wanted to go to shul on Shabbat and they said ‘you can go, but just don’t wear a kipa outside because you may get harassed or assaulted.’”

Greenblatt said he had family in the city of Nice who are leaving France “because they are scared. I think it is very troubling.”

Through visits and exchange programs between the ADL and EJC activists, Greenberg believes his organization can make a difference in the lives of European Jews.

“They can tell us what they need and if we can help with those needs I am very supportive. These communities tell us they enjoy working with us and they want our help,” he said.

ADL and EJC have signed a memorandum of understanding conferring “privileged partner” status on each other for specific core areas of activity, including advocacy work within European institutions such as the European Parliament and the European Commission.

The partnership’s focus will be on advocacy with European institutions on issues of security for Jewish communities in Europe, combating anti-Semitism, protecting religious freedom, Israel and the Middle East and anti-racism internet policies, according to a news release.