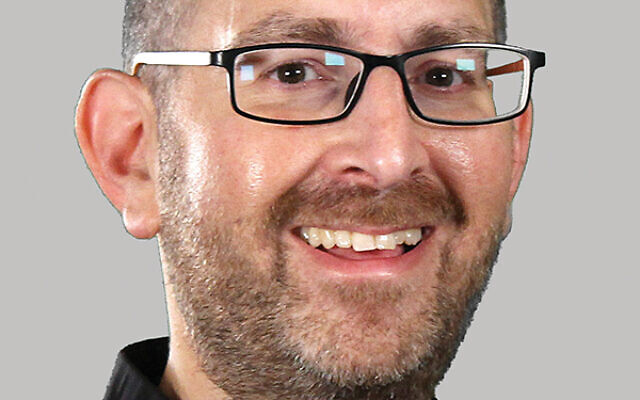 Simon Plosker, managing editor of HonestReporting, said he is “trying to educate” the Jewish and general communities about media bias against Israel.

“We believe, in speaking to American-Jewish communities, we can develop better news consumers who will observe such media bias toward Israel and report it,” said Plosker, a native of London who lives in Modi’in, a town 30 kilometers west of Jerusalem, where HonestReporting is based.

Plosker is in the U.S. on a speaking tour and he has several stops in New Jersey, including Adath Shalom in Morris Plains on Tuesday, Nov. 19, and Temple Beth-El Mekor Chayim in Cranford on Wednesday, Nov. 20. In addition, he spoke at Mount Freedom Jewish Center in Randolph on
Nov. 10.

HonestReporting is a non-partisan, not-for-profit organization whose mission is to be a watchdog for inaccurate and biased reporting against Israel. “We can’t ever be left or right,” said Plosker in a phone interview with NJJN. “For years, Israel was a bi-partisan issue. Now it has become something of a partisan issue.” The organization’s content is posted on honestreporting.com.

Plosker cited a recent example of what HonestReporting considers biased reporting: On Nov. 2, 10 rockets were fired at Israel from Gaza. Several media outlets headlined their reports with one Palestinian killed and described in several paragraphs IDF retaliation. Mention of the rocket fire was buried.

“The missiles from Gaza are what started this incident,” he said. “We see this reporting consistently with many outlets.”

Plosker also has his eye trained on social media, which tends to engage a young audience. “While traditional sources like The New York Times are still influential, a lot of people get their news from social media,” he said. “Much is aimed at younger people and mixed with subject matter millennials like on Facebook and other channels. The average reader of that age, after being drawn in, often sees Israel as the aggressor through these on-line presentations.”

HonestReporting was founded in 2000 by Jewish British university students who compiled an email list to blast The New York Times following publication of an inaccurate caption of a bloody young man near an Israeli soldier. The Times identified the victim as Palestinian, but he was actually an American yeshiva student who was rescued by soldiers after being attacked in Arab East Jerusalem. The Times issued a correction.

In 2006, Plosker helped enhance the website, which was established in 2005 and now has 150,000 subscribers, according to organizers. HonestReporting also fields 1,000 inquiries each year from international journalists covering the region.