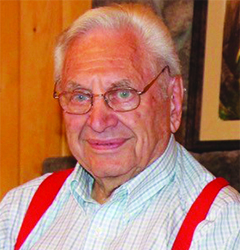 After working at his family millwork business, Reiss Brothers in Newark, Mr. Reiss became a real estate developer. He graduated from Weequahic High School in Newark and from Cornell University with a degree in economics.

He served in the U.S. Navy during World War II.

He was an active and philanthropic member of the Jewish community.

Private services were held March 30 with arrangements by Bernheim-Apter-Kreitzman Suburban Funeral Chapel, Livingston. Memorial contributions may be made to UJA or a charity of choice.