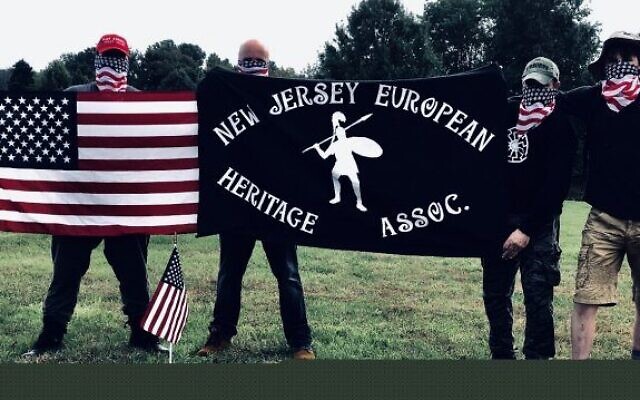 The text urged passers-by to “Reclaim Your Nation” and “Reclaim Your Heritage.” Members hold the worldview that unless immediate action is taken, the white race is doomed to extinction by a “rising tide of color” controlled and manipulated by Jews, according to the ADL.

“We were made aware of the fliers and the local police were notified,” Rachel Grinspan, an ADL associate regional director, told NJJN. “We’re also rather familiar with what NJEHA does and their tactics and condemn their activity in communities.”

Since March 2018 the group has posted flyers in Princeton, Freehold, Hillsborough, and North Bergen. Members have also participated in white supremacist rallies and demonstrations, including one in Princeton in November 2018.

“We watch the group and what they are doing in New Jersey towns,” said Grinspan.

The fliers were being removed by the Department of Public Works, according to a Facebook post. Maplewood police were unable to supply additional information. — NJJN Staff