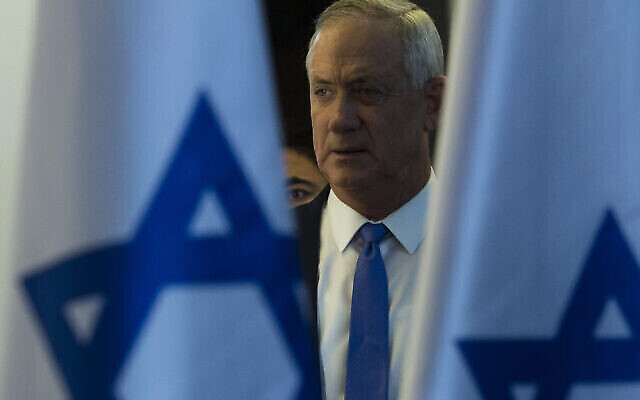 If Gantz is able to form a government without Prime Minister Benjamin Netanyahu, the math dictates that it will require including the Arab-majority parties in a coalition or relying on Joint List support for a minority government.

Considering the Joint List in any type of government formation is controversial in some quarters because the Joint List represents Israel’s Arabs rather than its Jewish majority, and is therefore comprised of parties that are not Zionist.

In Israel’s Basic Law, the Knesset lays out the requirements for preventing political parties and individual candidates from running in Knesset elections. The three things that make candidate lists and candidates ineligible to stand for election are: negating Israel’s existence as a Jewish and democratic state; inciting to racism; and supporting armed struggle by a hostile state or terrorist organization against Israel.

The Central Elections Committee decides when one of these wires has been tripped, and the decision must be upheld or overturned by the Supreme Court. In every election cycle, challenges to parties and candidates are brought, and the Supreme Court inevitably disqualifies some while allowing others.

Yet the word of the Central Elections Committee and the Supreme Court is not the final one. There is another debate that takes place, not over the legality of some parties and candidates but over their legitimacy. Over the past year, this debate played out with regard to the Kahanist party Otzma Yehudit, which was not barred from running in Knesset elections despite the ban on party head Michael Ben Ari. While it seems like a lifetime ago, observers of Israeli politics will recall the controversy over Otzma’s inclusion in the Union of Right-Wing Parties in the April election because of this debate over whether it should be considered legitimate.

Otzma’s subsequent solo runs in the second and third elections partly stemmed from the uproar caused by the legitimacy granted to it by other right-wing parties in the first election cycle and the conviction on the part of many Israelis that, legality aside, Otzma was beyond the scope of acceptability.

This debate over legitimacy takes place most often and most prominently with the Joint List, which is an amalgam of four parties that primarily receive the votes of Israel’s Arab citizens. As the Joint List has grown in size, with its parties winning 10 seats in April, 13 seats in September, and 15 seats earlier this month, its potential inclusion in a coalition government has gone from a theoretical concern to a practical one.

When Netanyahu and others speak of gaining a majority of Zionist votes or Zionist seats as the appropriate determining factor in who gets to form the government, they are explicitly keeping the Joint List out of the equation because the Joint List does not share the goal of Israel as the state of the Jewish people.

Since Israel was founded precisely to be a Jewish state, it is understandable that many use Zionism as a litmus test for which parties and individuals should be included inside the tent. Despite the fact that the Joint List’s 15 seats are never going to put Israel’s status as a Jewish state at risk, standing upon Zionism as a principle does not depend on the precise numbers involved. The problem is not that people want to stand on Zionism; it is that they do so selectively so that their principled stand invalidates only Israel’s Arabs.

When Netanyahu spoke after the election of a Zionist majority, he included the charedi Orthodox United Torah Judaism (UTJ) in those ranks. UTJ does not identify as Zionist and is opposed to its constituents serving in the IDF. Moreover, except in extraordinary circumstances, it only allow its Knesset members to serve as deputy ministers rather than full ministers because to do otherwise would be granting legitimacy to Israel as a Jewish state governed by secular law. Zionism, of course, supports Jewish political sovereignty in the Jewish homeland, whereas UTJ only supports such sovereignty if it is a state of halacha, or Jewish law, that results from the messianic age. But unlike the Joint List, UTJ is included in the Zionist consensus.

To take another example, Otzma Yehudit’s ostracization was a result of its virulent racism and not because of its rejection of Zionism. But Otzma Yehudit and elements of other right-wing parties such as Tekuma — from whose ranks hails Bezalel Smotrich, Israel’s transportation minister — do not accept the full authority of the government of Israel. Their ideology allows for loyalty to the state only insofar as it carries out a set of religious and nationalist objectives, primarily settling the West Bank as an obligation that supersedes anything else. This is in direct contradiction to Zionism, which views the State of Israel as the ultimate expression of Jewish sovereignty irrespective of any specific territorial or religious objectives.

But unlike the Joint List, the Israeli far right is included in the Zionist consensus.

If unwavering devotion to and acceptance of Zionism is a requirement for being involved in governing the State of Israel, then it must be applied neutrally and across the board. Anyone is free to object to the Joint List’s inclusion on these grounds, but if it is only the Joint List that you find objectionable, think about whether you are defending Zionism as a principle or whether your agenda is actually about something else.