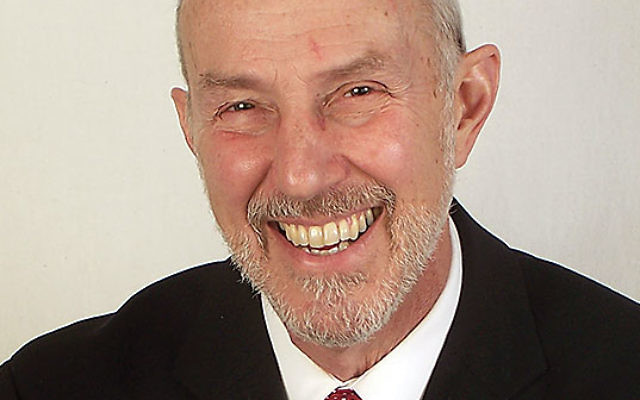 Rabbi Jonathan Porath will discuss the Jews of the FSU and “How To Be Even More Jewish in Perth Amboy.”

When Rabbi Jonathan Porath comes from Israel to Congregation Beth Mordecai in Perth Amboy as a scholar-in-residence May 20-22, the weekend will be all about making connections to strengthen Jewish identity.

Born in Atlantic City, he served as religious leader at Temple Beth O’r — now Beth O’r/Beth Torah — in Clark before making aliya 32 years ago. Porath, an 18th-generation rabbi, settled in Jerusalem, where his father, grandfather, and great-grandfather were born.

Beth Mordecai’s Rabbi Ari Saks said he arranged for Porath’s visit after his own father, Rabbi Moshe Saks, had the scholar speak at his synagogue, Temple Israel of Scranton.

The elder Saks “just raved about his being a dynamic speaker who really…engaged with people,” said Ari Saks. “I thought Rabbi Porath would be interesting in terms of his unique story.”

That story includes having served on the senior staff of the Former Soviet Union Department of the American Jewish Joint Distribution Committee, from 1993 to 2008. Over the years, Porath has logged 175 trips to the FSU to learn about, support the struggles of, celebrate holidays with, and bring a sense of belonging to its Jews.

His interest in the Jews of Russia goes back to his undergraduate days at Brandeis University; in fact, Porath first journeyed to Moscow in 1968 to experience Simhat Torah with Jews who were too afraid to enter a synagogue for fear of being targeted by the KGB, but instead gathered to celebrate in the streets.

“I was incredulous to see this,” said Porath in a phone interview with NJJN from Jerusalem. “It was an epiphany. There were old Jews and young Jews, thousands of Jews who wouldn’t go into a synagogue but who wanted to connect to Judaism and in such a big crowd somehow felt safe.”

During his years at the JDC, he traveled to small communities, worked with Hillel to offer educational programs, guided efforts to revive Jewish life, and encouraged the Jews of the FSU to build new lives in Israel. Porath is also the author of Jews in Russia: The Last Four Centuries.

His many trips to the region and his contributions to the relocation and integration of Russian Jews into American and Israeli societies will be the subject of Porath’s Sunday program.

Saks thought this focus would have particular appeal to his congregants whose parents and grandparents were able to leave the Soviet Union. Calling the rescue of Soviet Jewry “a unique American story,” Saks recalled his own father leaving a model seder Ari was participating in at his school to help conduct a seder for Russian Jews.

The rest of the weekend will be focused on what Porath called “issues and concerns of Jewish identity.”

Friday night’s program will highlight “personal experiences we have gone through that build our Jewish DNA pools.” These can include cultural influences, personal experiences, and family background. Porath said he plans to use his own family history as a springboard. His paternal grandparents immigrated to Cleveland when his father was a child. His father was an American rabbi for 50 years before “coming full circle” and returning to Israel for the last years of his life, dying at 91 in the same hospital where he was born.

On Shabbat, Porath will lead text study and discuss “How To Be Even More Jewish in Perth Amboy,” talking about “practical mitzvot and expanding Jewish options.”

“I’m going to talk about personal and impersonal things,” said Porath. He gave as an illustration fulfilling the mitzva of bikur holim, visiting the sick, in a more or less direct way — “For example, can I make a hospital visit by just calling” on the phone?”

In his own case, he related how a close friend became seriously ill and bedridden. Porath said he called him every Friday — whether he felt like it or not — “because it was the right thing to do.”

After the friend’s death, Porath paid a shiva call, and his friend’s wife told him that every Friday morning her husband would request that the phone be brought to his bed because, he would tell her, “I don’t want to miss my friend’s call.”

“I was able to make an impact on my friend in a way I never imagined,” said Porath.