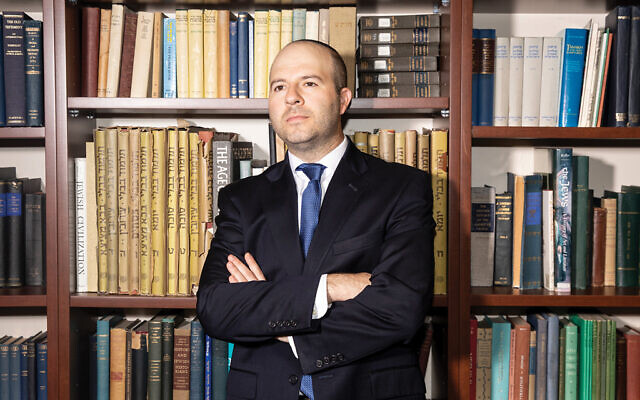 We as a society have a predisposition to counting down: days left until school ends, seconds until the ball in Times Square drops on New Year’s Eve, shopping days until Christmas, and so on. But doing so can be challenging for our psyche. Counting down creates tension, and as we approach the target moment, anxiety builds. Sometimes this anxiety manifests as enthusiasm and excitement. Other times it manifests as despair and an inability to experience any other emotions.

The negative effects of such a countdown are amplified when the timing is inaccurate, such as when the ball stayed up a few seconds past midnight of the new year. Pending excitement became the exact opposite: an absolute letdown.

Today we find ourselves in a decline — emotionally, financially, socially — and no one knows when this will all become “better.” Each state has different guidelines, each person their own moral and ethical safety code. Might it be better to count “20 days left until the Stay at Home order is lifted?” No — it raises false hopes and ignores the process.

And this process can be positive. We sometimes forget that even amidst the loss, we benefit greatly from a pause like this. Time with family, a decline in over-schooling, an unprecedented coming together of community — so much is to be gleaned from this unprecedented situation if we are present, if we can focus on the moment instead of looking forward to the end. Rather than counting down, we ought to be counting up.

It is of no surprise then that Jewish tradition teaches that, in general, we should do just that. Presently, the Jewish community finds itself in a semi-mourning period casually referred to as the Sefirah — the Counting. Deuteronomy 16:9 details a commandment to count the sheaf (Omer) offering, for seven weeks, from the second night of Passover until the festival of Shavuot (which this year begins on the evening of May 28). Though the ancient Temple no longer exists, we still symbolically count the Omer each night.

However, we count up — “Today is the first day of the Omer,” “Today is the second day of the Omer,” and so on until the 49th day. If we were to begin by saying, “Today there are seven weeks to go,” we might become disheartened by focusing on the whole instead of the particular. Time would seem not to move quickly enough, and we would grow impatient, for example waiting for the restrictions to end or Shavuot to begin. In addition, it could feel anti-climactic. We at last reach the final moment — and then what?

Counting up challenges us to focus on each step, every moment building on the previous one.

We should still set goals, but the goals should not be the focus of every moment; the focus should be the moment itself.

Continuous Zoom meetings at all hours, shepherding emailed school assignments, canceled travel, furloughs — they all make us yearn for an end. For the ancient Israelites, this period between Passover and Shavuot was to be a spiritual transition from oppressed slaves to free people, from Pharaoh’s Egypt to revelation at Mount Sinai. But as the end was nebulous, they focused on each moment. How much more meaningful could we experience this time if we focused on the small victories, the nows? What if we dismissed the future for the time being and embraced the present and all that comes with it?

The alternative is pushing time ahead, and when we do that we lose all that comes with it: the more relaxed family meals, the board game tournaments and chalk art, the slower-paced walks in the neighborhood, the free virtual concerts, the time with the kids, the regular conversations (albeit virtually) with extended family and friends. We miss it all.

What if we celebrate one more day “distanced,” one more day surviving, one more day doing the best we can? Would that not help us last until a new normal is revealed?

Rabbi Avi S. Olitzky, who grew up in South Brunswick, is a senior rabbi at Beth El Synagogue in St. Louis Park, Minn.