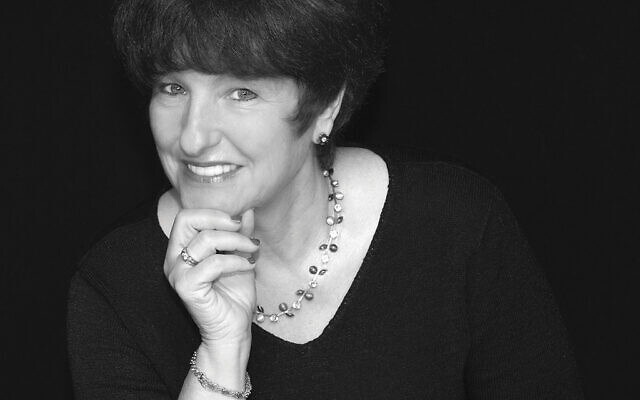 Do you hug?” a young intern from HUC, the Reform rabbinical seminary, asked me before a Shabbat morning service at The New Jewish Home.

I had no idea what to answer. Never before had I been asked such a question. He had been told that I don’t hug because I’m married to a traditional rabbi and am probably shomer negiah (“guardian of the touch”). The law refers to a Jewish legal prohibition on a man and a woman (except for very close relatives such as a spouse, parent, child, or sibling) having any physical contact.

The intern — in a youthful gesture and not waiting for an answer — wrapped his arms around me in full innocence, and I can recall hearing the soft hammering of his heart.

In November 2011, at a meeting between Israeli President Reuven Rivlin and Pope Francis, when it came time for Rivlin to introduce his Orthodox assistant, Rivkah Ravitz, she did not return the papal handshake, explaining that she can not reciprocate for religious reasons. Nor could she bow to the pontiff, because over his robes was hanging a cross. Pope Francis immediately recognized the situation and, with pristine grace and humility, covered his cross and bowed to Ravitz instead.

But how did I fit into this story? I simply respond to the environment in which I find myself. At an Orthodox shul, the rabbi greets me at the entrance and neither one of us even thinks about hugging. At a Conservative synagogue, the rabbi once drove me home from a wedding. With animation, we discussed the issue of chaplaincy in the rabbinate. I was completing four credits of continuing education at the Jewish Theological Seminary’s (JTS) Center for Pastoral Education and finishing a master’s at its School of Sacred Music. The rabbi was emphasizing how important it is that rabbinic students be well-trained chaplains, that pastoral visits play a significant role in the rabbinate today, more than anyone could imagine.

As we pulled up to my apartment building, he said, “Laila tov” (good night), and offered me his hand, in the customary good night gesture. We shook hands and later on I thought, “So the rules of shomer negiah apply according to denomination. Some Orthodox practice shomer negiah, and don’t shake hands. Conservatives do.”

I had simply never thought it through.

If a hand is extended to me, I shake it.

At Jewish Renewal synagogues, the custom is to hug and sway and beseech God in many forms. I feel utterly comfortable in that environment as well. No barrier has been broken since many traditional barriers have been lifted. Hugging in that environment is simply a part of the prayer service. The embrace is prayerful and accepted in that spirit.

There is a great deal of discussion at JTS about “owning one’s pastoral authority.” Authority is a multifaceted concept. I am still struggling to define this concept of pastoral authority with my colleagues and supervisors, but also within myself. How much do we allow ourselves to trust our spontaneity and rely on our own instincts?

Before the service one of our autistic residents began screaming,  “I’m scared. I’m scared. I’m scared!” I knew that we had been trained to never touch the patients. However, in this case I made a judgment call and rested my hand on his shoulder. The resident became immediately calm.

I once was invited to a breakfast given by the president of Princeton University. My mother-in-law (from my first marriage), an Egyptian-born Jew, came to the breakfast with a fully cooked turkey. From HER milieu the custom was to bring something cooked from one’s own hands. Completely flummoxed, the president respectfully carried the turkey into the kitchen. And here we have the dilemma; who are we at our essence? Our culture? Or are we simply polite and obedient creatures perpetuating social mores?

I still don’t know if I hug. Consider the article by Russell Baker, “I Just Got Hugged By Leo Buscalia.” He describes how the beloved philosopher and lecturer stepped down from the stage and proceeded to hug each member of the audience. Coming from him, the gesture felt authentic. He gave people what they really wanted; ecstatic love and acceptance.

So I guess my answer is yes. When a culture can tolerate spiritual diversity and when a human being is frightened, and when the gesture will not be misinterpreted, yes, I will hug. I hug when the heart is open and looking forward and looking upward and most importantly, is unafraid.

Dvorah Telushkin, author of “Master of Dreams,” a memoir of her years working for I.B. Singer, is a chaplain at the New Jewish Home in Manhattan.