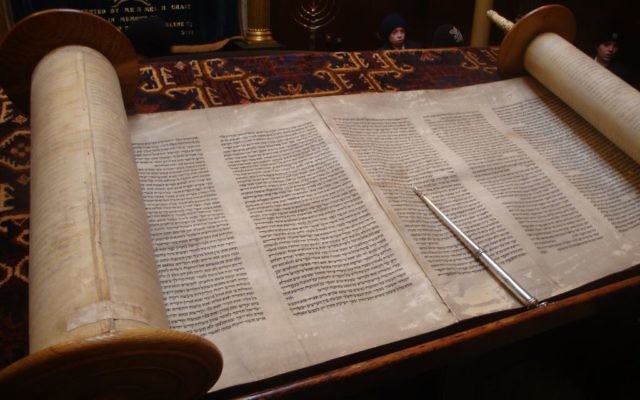 The Life of Sarah” (our reading this week) is actually an account of her death — and the death of Abraham. The rabbis use the portion to explain how we ourselves should die. For starters, Abraham died zakein v’saveah, a phrase they interpret as “old and satisfied” (Genesis 25:8).

To be sure, Abraham was old and died quickly and painlessly. But “satisfied” is a state of mind, not of body. We cannot control when or how we die, but we can live in such a way that whenever the end arrives, we will be “satisfied.”

Dying satisfied is by no means easy, however, because we are conditioned always to want more: more possessions, more affirmation of our worth, more love, more enjoyment, and more years before we die. The Torah thinks, “God blessed Abraham with everything” (Genesis 24:1), but commentators are skeptical. “We always want more than what we have,” says Ramban. No one has everything.

Abraham’s life does indeed seem lacking. He relegated Ishmael, his only son at the time, to probable death in the desert, then tried sacrificing Isaac, after which (tradition says) Sarah stopped talking to him; she then predeceased him, leaving him alone. How can we believe that Abraham was “blessed with everything”?

Like “satisfied” then, “blessed with everything” too must describe Abraham’s state of mind — not “what he had” but “how he felt” about having (or not having) it. He had come to realize that he had enough.

“Everything has its season,” Ecclesiastes declares. In our youth we build fortunes. Eventually, however, we see, “The more property, the more worry” (Pirkei Avot 2:7). We stop wanting more. Barring utter poverty and the lack of money to cover basic needs, the issue is never what we own, but how content we are owning it.

Hardest of all is making peace with the days allotted to us. The cosmetics industry makes millions inducing the illusion that we need never grow old, let alone die. If Abraham died “satisfied,” he must have decided — about his lifespan as well — that enough was enough.

It helps, of course, to believe in an afterlife, and most of us still do, actually. In 2015, 72 percent of Americans said they believed in a place called heaven, where good people went. The percentage of Jews who agreed was 40 percent, smaller but hardly insignificant.

The rabbis certainly promise a life after death, although opinions on what it entails have varied through the centuries, and it is not entirely clear what the people who wrote the Bible thought. Abraham’s death is described as “being gathered to his people” (Genesis 25:8), an expression used also of Isaac, Jacob, Ishmael, Aaron, and Moses, and meaning some kind of afterlife, but what kind? Perhaps the biblical authors were as uncertain as we are. Ibn Ezra thinks they meant the eternality of the soul.

An especially interesting possibility, from Itturei Torah, says, “Abraham became attached to the spirit of his people, embodied in its history.” That is to say, he became part and parcel of a story much larger than himself. Think of our lives as our own tiny stories that get merged into the larger story that others will retell.

We cannot control when death comes or the speed with which it overtakes us. But we can say, “Enough is enough,” even about our very lives. There may indeed be some kind of afterlife: a heaven, perhaps; an everlasting soul; or maybe just our story. We think our story is part of who we are, but maybe it is the other way around. We are in our stories, stories that outlive us to get retold by others. Stories never die. The Kotzker Rebbe actually railed against visiting the graves of the dead because “they are not there anymore.”

In any case, at some point, enough is enough. No longer enslaved by possessions and even by the need for this particular temporary existence that we call our earthly life, we can die like Abraham: satisfied.

Rabbi Lawrence A. Hoffman is cofounder of Synagogue 3000 and a professor of liturgy, worship, and ritual at Hebrew Union College-Jewish Institute of Religion.