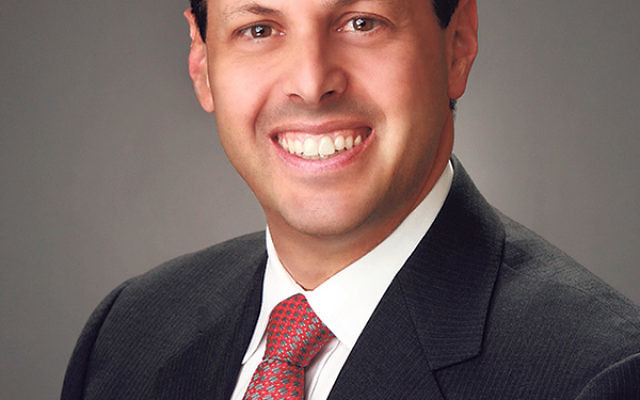 Mark Wilf said, “We need to make sure [survivors’] remaining years are lived out in dignity with the proper care and respect they deserve.”

The Jewish Federation of Greater MetroWest NJ is joining in a national effort to raise $45 million to assist survivors of the Holocaust in their declining years.

The federation has set a local goal of $1.5 million for the initiative.

The funds are needed to supplement allocations from the Conference on Jewish Material Claims Against Germany, which compensates survivors and funds social services to assist elderly needy victims of the Shoa.

According to Jewish Federations of North America, which is spearheading the nationwide fund-raising drive, there are 130,000 survivors in the United States. One-fourth of them live at or below the poverty line.

Although the funding increase primes the pump for expanding local services, it falls short of the actual needs.

“We received an increase that rose from $800,000 to $1.2 million that went to the Jewish Family Services of MetroWest and Central NJ,” said Stanley Stone, senior vice president of the Greater MetroWest federation.

But those agencies are findings gaps between $1.3 and $1.5 million in the GMW community that need to be filled so they can help make life as comfortable as possible for people who endured so much pain and suffering in earlier years.

“This is an issue we felt we could solve and deal with,” Stone told NJ Jewish News. “So we began a quiet supplemental campaign in March and we secured well over $1 million before doing anything publicly, mainly from children of Holocaust survivors. Now we want others to participate so that Holocaust survivors can live out their remaining years in as much dignity as possible.”

Mark Wilf of Livingston, who chairs JFNA’s nationwide fund-raising campaign for Holocaust survivors, told NJJN in a May 25 phone interview that it has already received $21 million in pledges for its three-year drive.

“Given my own personal background — my parents and grandparents were Holocaust survivors — we as an American-Jewish community need to make sure this population is taken care of properly,” said Wilf. “We need to recognize that this population is particularly vulnerable and their legacy is particularly sensitive. We need to make sure their remaining years are lived out in dignity with the proper care and respect that they deserve.”

“For survivors, the next few years are those of greatest need, but once many of them die, the need will plateau a bit, so we are concerned here that if the Claims Conference funding is reduced, we will need another fund to draw on,” said Reuben Rotman, executive director of Jewish Family Service of MetroWest. His agency supports 60 to 80 client survivors each week with subsidized home care.

Thomas Beck, executive director of Jewish Family Service of Central NJ, told NJJN, “We need to help our survivors age in place with a variety of home care services. They include home health care, homemakers, nurses, transportation, kosher meals-on-wheels, our Cafe Europa socialization program, and other services that enable people to stay in their own homes.”

His agency also provides emergency financial assistance to 70 survivors “who are becoming more frail and need more of our services,” he said.

Alan Pines, a Livingston resident whose parents and in-laws are survivors, is a cochair of the Greater MetroWest fund-raising campaign. “When I was told we had this problem I said, ‘This is something we need to put money away for.’ People forget about the survivors and the lives that they’ve led, and at this point to have them live without dignity is a horrible thing.”

Max Kleinman, the retired executive vice president of the Greater MetroWest federation, is now working with Wilf as a senior consultant at JFNA. Kleinman, whose parents survived the Holocaust, said he “takes this problem very personally.”

Noting that the United States and other nations failed to help save Jews from extermination during World War II, Kleinman said that “we have an obligation to help them during their twilight years…. Because of the malnutrition they suffered during their early years they probably are more susceptible to physical infirmities and mental traumas. The need is urgent and time is running out.”