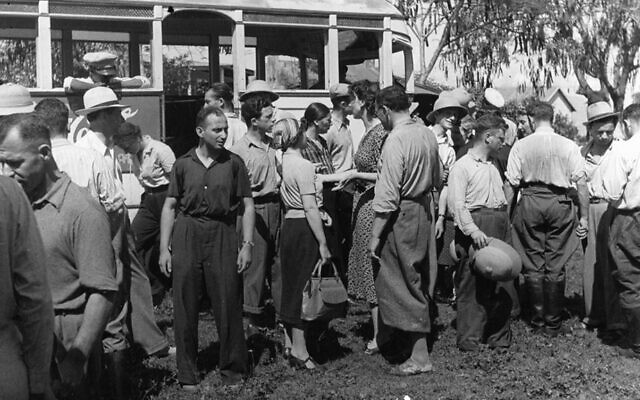 Jewish refugees get off a bus in Sosua in 1940, seeing their new home for the first time. (Photos courtesy Fish Center at Yeshiva University)

When former professional baseball player Elihu “Hugh” Baver visited the Red Sox training Academy in the Dominican Republic in 2010, and then a few years later made a similar trip to the Hotel Royal in Evian, France, he never imagined that he would be responsible for bringing the little-known story of the Evian conference and the Dominican Republic’s role in it to the world stage.

“In 1940, about 700 European Jews escaping Nazi persecution were saved when they arrived in a refugee settlement in the tropical paradise of Sosua in the Dominican Republic,” Mr. Baver said. After attempting to make mattresses and grow tomatoes, the refugees finally found success as dairy farmers.

The town of Sosua still exists, as does the company they formed, Productos Sosua. 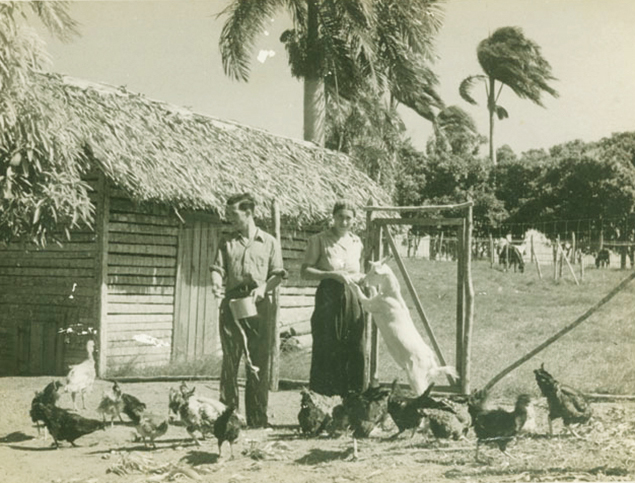 The settlers began their new lives as farmers.

In 1938, the Dominican Republic, under the leadership of dictator Rafael Trujillo, was the only country out of the 32 at the Evian Conference — including the United States — that was willing to open its borders to European Jewish refugees. One hundred thousand Jews were invited, but because of the Nazi restrictions on emigration, only 700 were able to get there.

Why the Dominican Republic? Trujillo was swayed by his daughter’s pleas to help the Jews after one of her Jewish friends suffered at the hands of the Nazis. The dictator also had less than altruistic motivations; he hoped for intermarriage between the European refugees and the local population that would “improve” his own people.

Trujillo’s motivations were less than altruistic but the result was good for the Jews. 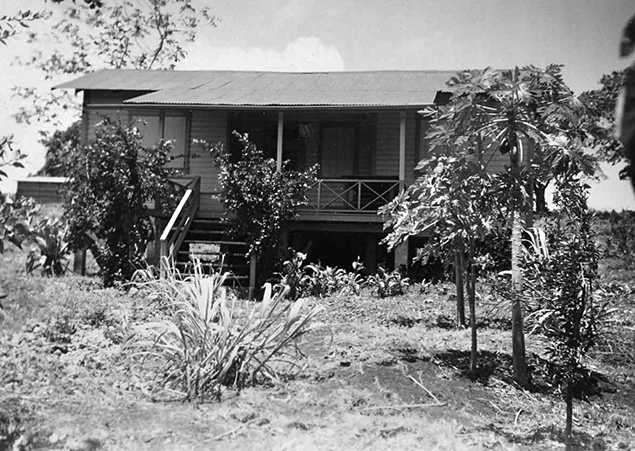 The settlers’ homes were built according to this standard design.

Braver sometimes is asked why this story still is relevant today. He is quick to point out that “there are still many contemporary challenges of refugees today and this story can serve as a role model to build bridges, not walls.”

During a business trip to France in 2015, Mr. Baver, a history buff, visited the original hotel site in Evian where the historically significant “Conference of Nations” was held. To his amazement, none of the hotel staff knew about it. In 1938, the predicament of European Jewry was debated and discussed, but the memory seemed lost.

So Elihu Baver set out on a one-man mission. His chance encounter with the hotel manager, coupled with his visit to Sosua, launched his new path. In 2018, he held a commemorative conference at the original Evian Conference site and commissioned a plaque that now hangs on the hotel wall. 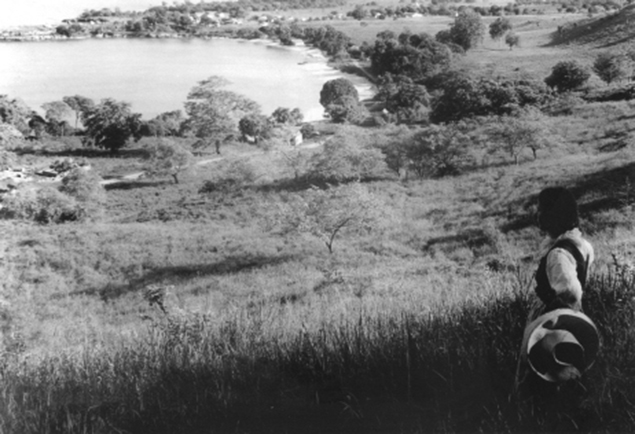 This photo of Sousa Bay was taken in 1940, soon before the settlers arrived.

As for Sosua and the Dominican Republic, Holocaust memory continues. Although the Jewish community has dwindled to just a few descendants of the original families, the country holds an annual Yom Hashoah commemoration every year. Mr. Baver is very optimistic about the future. His non-profit, Sosua 75, has a comprehensive project plan to build a Jewish Dominican cultural education center, which he recently presented to the government. It will include a Jewish-Latino education center, a study abroad program, summer camp, working organic farm, and of course…a baseball field.

For more information about the Holocaust Remembrance Around the World monthly video series at the Emil A. and Jenny Fish Center at Yeshiva University, go to www.yu.edu/fish-center/events. Our guests take action to bring Holocaust memory into our current world. Please watch our next live episode on Sunday, November 28, at noon ET, when we travel to the Czech Republic to meet with Michal Klima.

Lois Roman of Haworth is working toward a masters degree in Holocaust and genocide studies at the Emil A. and Jenny Fish Center at Yeshiva University and is the producer of Holocaust Remembrance Around the World, a monthly video interview series. Find it at www.yu.edu/fish-center/events